Although the decision has yet to be approved by the National Assembly, U.N. Secretary-General Ban Ki-moon, who is in Busan for the High Level Forum on Aid Effectiveness, thanked the Korean government for deciding to send peacekeeping forces on Wednesday. 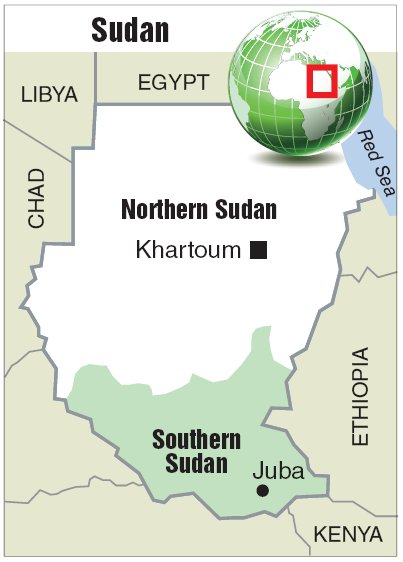 “Onsite inspections were conducted twice, and it was concluded that despite the high temperatures, the conditions in South Sudan are suitable for troops to conduct operations,” government officials said. Three areas ― Bor, Juba and Malaka ― were considered for the dispatch, but the Bor region is said to be the most likely candidate for a Korean base.

Sources said that if the plans are approved, the troops will be dispatched before South Sudan’s wet season in June.

The Korean force will consist of no more than 300 personnel, mainly engineers. The contingent will also include guards and medics. The force that could be sent to South Sudan would include a larger group of medics than South Korean forces carrying out missions in other countries.

The plan would significantly increase Korea’s presence in Africa. Korea currently has just a small number of officers working as part of the UN peacekeeping operations in African nations including Liberia and Sudan.

However, the dispatch requires approval from the National Assembly, with the government planning to put a motion forward within the year.

The motion’s progress through the National Assembly, however, may not be as smooth as seen during the process of sending troops to Haiti in February 2010.

The ruling Grand National Party and the opposition parties are in friction after the ratification of the Korea-U.S. Free Trade Agreement. In addition, with the general elections coming up in April, the process of approving a troop dispatch could be delayed.