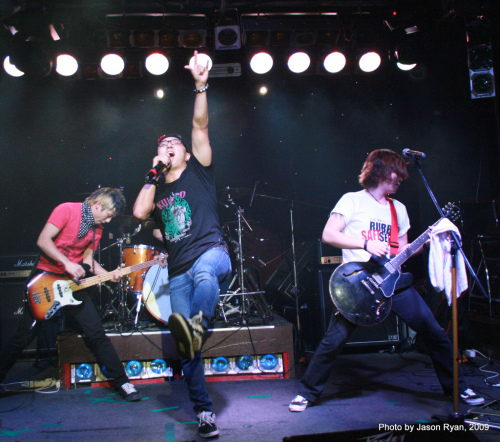 A band performs at a previous Rubber Soul event in Seoul. (Jason Ryan) 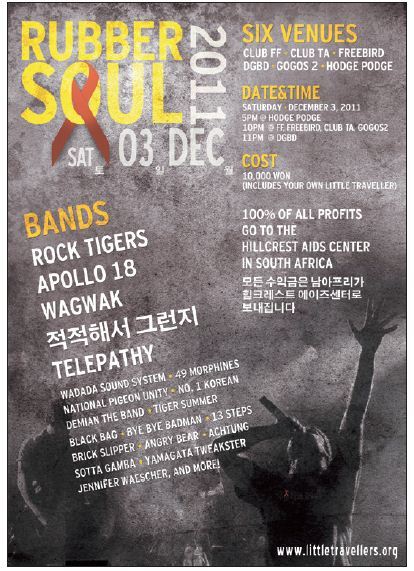 Rubber Soul poster
A Seoul gig night is to mark World AIDS Day by promoting safe sex and raising cash to support some of those living with the virus.

Last year’s event was attended by more than 1,000 people raising 9.4 million won for the Hillcrest AIDS Center in South Africa. Little Travellers Korea has raised 48 million in total for the center which supports people in the local community living with HIV/AIDS. More than 40 percent of adults are infected in the KwaZulu-Natal province where the Hillcrest Foundation operates.

The Little Travellers charity was started by Iian Schwartz, who took some beaded dolls made by women using the center to sell in his native Canada, sending all the profits back to support their South African makers.

There are now support groups in the U.K. and the U.S., and former English teacher in Korea Craig Kulyk launched Little Travellers Korea in 2007 after meeting Schwartz at a party in his hometown of Winnipeg.

“I am full of pride for everyone’s contributions to develop this wonderful night of music, awareness and solidarity with those suffering from HIV,” said Kulyk, who left Korea in 2009.

“It’s also fantastic that there is a community in Seoul that continues to support the event. As for raising a total of 48 million won, it’s more than I ever dreamed of when I started.

“That’s credit to hundreds of volunteers and supporters over the years. When I think about the global reach and sales of over $300,000, I literally get goose bumps.”

Korea is the only place holding a Rubber Soul event this year, with around 60 volunteers and 20 Korean and foreign bands helping to make the night possible.

“It is such an excellent income generation project,” said Little Travellers Korea’s current organizer, Jenny Maxwell, who is an English teacher in Myeongbok, northern Seoul.

“It’s a fantastic cause and I’m happy that so many people want to be involved.” 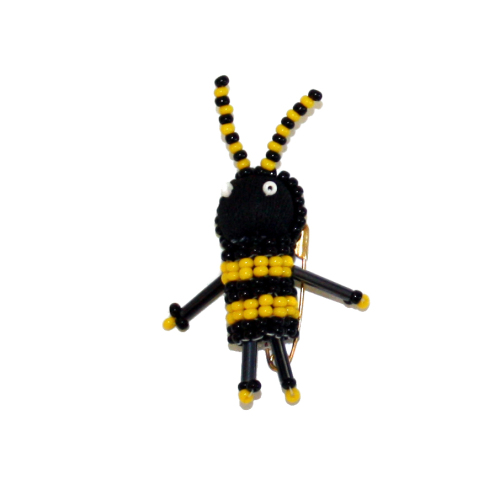 The 10,000 won cover fee offers entry to six participating venues where 20 bands will perform on Saturday, as well as a Little Travellers beaded doll.

Artistic collective Wadada Sound System will kick off the evening’s entertainment on an outdoor stage that will be open from 5 p.m., with bands starting in the clubs including Freebird, Club FF, DGBD, TA and GOGOS 2 from 10 p.m.

Some of the headlining acts include the Rock Tigers, Sotto Gamba, Brick Slipper and Justin Patrick.

“The majority are Korean bands, though there are a few foreign bands too,” said Maxwell.

“AIDS can be very misunderstood … there is a lot of miscommunication out there about it,” Maxwell added. “We are just trying to raise awareness and help people keep safe. It is an incredibly important issue.”

The official number of people with HIV in Korea was reported as 7,656 in 2010, but Medipeace representative Holden Yoon Seung Kim, said the number could be closer to 13,000 because sufferers in Korea tend to be reluctant to seek help due to stigma.

“Because the prevalence of HIV/AIDS is very low compared to other countries with a high disease burden, there are still lots of misconceptions about the disease and stigma toward HIV positive patients,” added the program manager for the Korea-based global health NGO.

“It is important to raise awareness of HIV/AIDS in Korea in order to protect the human rights of the patients while containing the number of the patients at a low figure.”

Medipeace will be distributing information around Hongdae between 3-5 p.m. on Saturday. Volunteers will form the shape of a large International AIDS Day ribbon using red balloons to end the awareness campaign. Anyone wishing to help with this event can e-mail sallysjh@gmail.com by 1 p.m. Thursday.

For more information, go to www.rubbersoulevents.com.