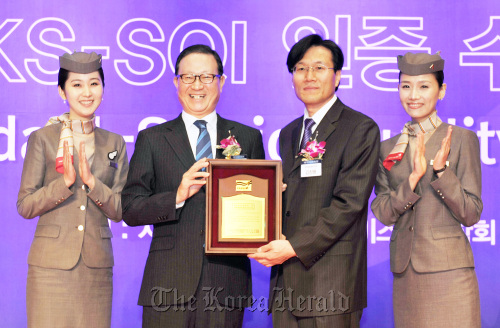 The Korean Standards Association on Thursday ranked Asiana as the No. 1 airliner in the KS-SQI index survey jointly developed by the KSA and Seoul National University’s Management Research Institute.

The KS-SQI survey was conducted on adults in the nation’s five largest cities who had taken international flights in the past year. It is the 10th time Asiana topped the air carrier section since the survey was initiated in 2000.