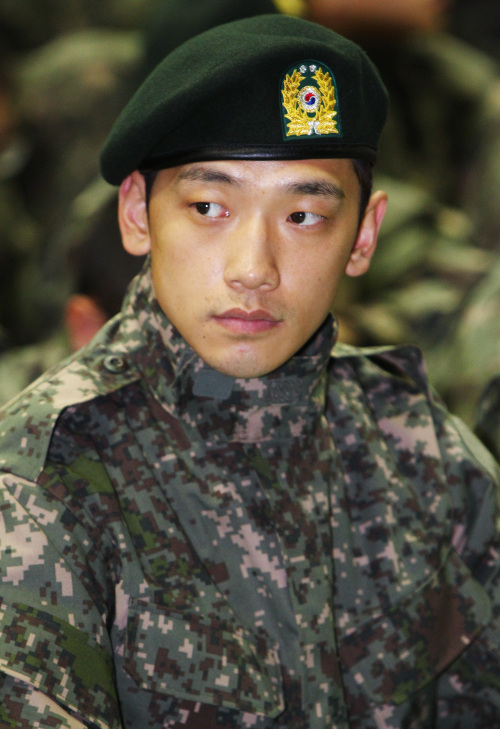 Singer Rain waits for the announcement of his camp assignment in Uijeongbu, Gyeonggi Province, on Oct. 14. (Yonhap News)
Fans wept as he was drafted into the army last month but South Korean pop sensation Rain is apparently adjusting well to military life.

Rain, whose real name is Jung Ji-Hoon, will become an assistant instructor next month at the boot camp which he entered in October, the defence ministry said Wednesday.

“Assistant instructors are chosen based on outstanding training results and their willingness, and Jung has shown that,” a ministry spokesman told AFP.

Rain was recently also named top marksman at the camp.

The 29-year-old singer has a huge following across Asia.

Many fans, including hundreds from elsewhere in Asia, burst into tears when he entered the camp to start his 22-month mandatory military service.