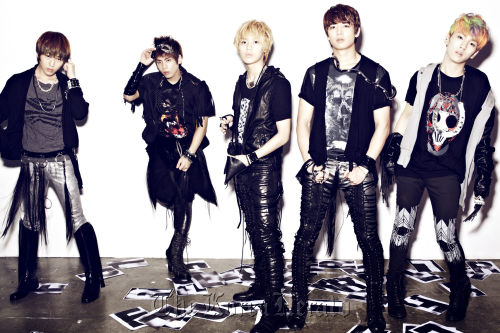 So many fans logged on to British online box-office website Odeon that it crashed just one minute after ticket sales began Thursday.

The website was not restored for five hours, the group’s agency said.

The group is to hold the one-hour gala concert on Nov. 3 at 4:30 p.m. at the Odeon West End Theater, opening the film festival, which will run for three weeks in London, Cambridge, Sheffield and Newcastle.

According to S.M. Entertainment, SHINee is the first K-pop idol group to hold a solo concert for the general public in London. The five-member group performed in June at Abbey Road Studios in a closed reception where local media and European music industry experts were invited.

SHINee, consisting of Onew, Jonghyun, Key, Minho and Taemin, debuted in 2008 with a mini album “Replay” and won the “Best Male Rookie” award at the 10th annual MNet KM Music Festival in November that year, beating newcomers such as U-KISS, 2PM and 2AM. SHINee’s soft, boyish image has been often contrasted with 2PM’s more rugged appeal.

SHINee ended their solo concert in Nagoya, Japan on Thursday after performing with other K-pop artists at SM Town Live in New York on Oct. 23.

Meanwhile, the Korean films to be screened during the festival include contemporary movies such as “War of The Arrow,” “Sunny” and “The Front Line,” a retrospective on director Ryu Seung-wan and Lee Man-hee’s classic films and animation.