Psychiatrist Kim Hye-nam became an instant celebrity with her book, whose title roughly translates as “Thirty-year-olds Ask Psychology.” It sold 600,000 copies and became a bestseller, a very rare feat for psychotherapy books. Kim cites her treatment of real patients in the 300-page book, helping readers who cannot bring themselves to go to a clinic for diagnosis in a country where seeking psychiatric counseling means losing face.

The book was especially popular among people in their 30s, the group who bore the heaviest brunt of the 2008 global financial downturn, but also among other age groups struggling with life issues ― families falling apart, frustrations at work, abusive relationships and whatnot. Kim used common psychoanalytical tools, going back to the patients’ infancy and analyzing their childhood environment, but approached her untrained readers with much more simplified terminologies. 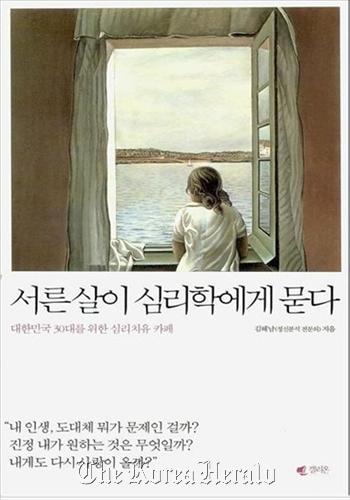 ‘Thirty-Year-Olds Ask Psychology’ authored by Kim Hye-nam
Publication industry watchers say the success of Kim’s book and similar ones marks dramatic social changes. Before, the bestsellers taught readers how to strategize in order to succeed at work, telling them how to dress, speak and behave.

Just four years before Kim’s book, one popular book was “Morning Men” by Japanese writer Saisho Hiroshi, advising people to get out of bed earlier than their competitors, driving in the message that successful CEOs always cut down their sleeping time in order to work more.

Sales of book titles published in the psychology category grew 159 percent in 2008 on-year and rose by more than 100 percent each following year, Jin said.

People from outside of psychology, including college professors, have picked up the subject.

Prof. Kim Rando, who teaches consumer studies at Seoul National University, clinched the bestseller spot with his latest book, “Hurting is Youth,” a series of essays consoling the young who are weighed down by an uncertain future and super-competitive world. It held the top spot until early September after being published in late 2010. 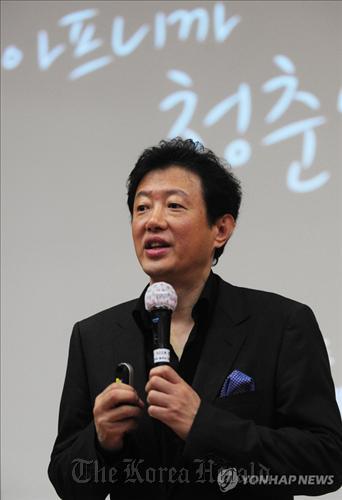 Professor Kim Rando, author of best-selling book on youth.(Yonhap News)
The trend is a reflection of South Koreans’ need to be comforted and encouraged, after the life-shaking experience of the 1997-98 Asian financial crisis and the 2008 Wall Street-originating economic debacle that left them helpless, according to Kang Su-jin, the president of Galleon, which published “Thirty-year-olds...”

“Improving career credentials and skills are a means to nowhere if the economy is struggling. You are not responsible for your misfortune during a crisis,” said Kang.

The trend also mirrors shifts in social and personal values of South Koreans, away from work-driven life, which raised the country out of the ruins from the Korean War (1950-53), and toward inner satisfaction and peace.

Kim Chung-woon, a professor at Myongji University, tells readers to enjoy enough sleep and advises them on how to increase pleasures in their lives in “I Regret Marrying My Wife,” a modest hit in 2009.

But experts and readers say that psychology books are not new, that they have been steadily in the market for some time. They say the newly published books are not particularly more effective than older ones.

“I was an avid reader of psychology books for about two years from 2008, when I was working in the same firm for nearly five years. Continuing to work with few changes made me very depressed,” said a 30-year-old female office worker, declining to be named.

“After reading more than 20 books in the psychology section, I came to read ‘The Road Less Traveled’ by M.S. Peck,” she said, referring to a psychology classic by an American psychiatrist, published in 1978. “After all, I got what I wanted from this book.”