Chatterson brings a wealth of knowledge and experience from over 30 years of representing Canadians’ interests at home and abroad. 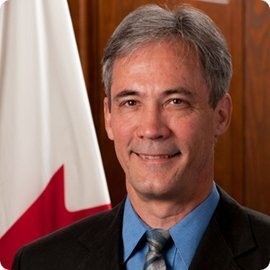 Canadian Ambassado David Chatterson
He was posted to Tokyo as First Secretary in 1984 and then as Counsellor in 1994.

Between the two postings he was manager of research for the Canadian International Trade Tribunal.

Joining the Department of Foreign Affairs and International Trade in 1998, he went on to serve as director of the Multilateral Trade Policy Division before working in Paris as deputy Permanent Representative to the Organization for Economic Cooperation and Development from 2005 to 2009.