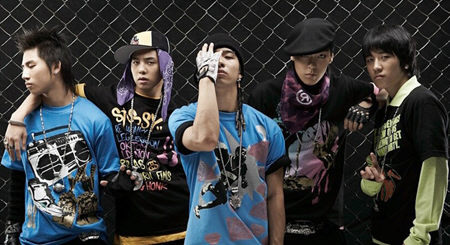 After making their local debut in 2006, BIG BANG expanded their appeal to Japan and beyond with the release of their first Japanese single “My Heaven” in 2009.

Meanwhile, four-member girl group 2NE1, formed by YG Entertainment, has been nominated as one of the 10 artists for MTV IGGY’s Best New Band in the World 2011 poll. Organized by MTV IGGY, a multi-platform initiative from MTV networks, the online poll on their website ― www.mtviggy.com ― every year offers its nominated bands an opportunity to gain more recognition around the globe. Bands featured in the past include Das Racist, Far East Movement and Best Coast.

Competing against 2NE1 are: Atif Aslam of Pakistan, Ghostpoet of the U.K., Gyptian of Jamaica, La Vida Boheme of Vezuela, Skrillex of the U.S., Ximena Sarinana of Mexico, Angus & Julia Stone of Australia, Yuna of Malaysia and Zowie of New Zealand. The result of the ongoing poll will be released six weeks later.

Since their debut in 2009, 2NE1 has been enjoying popularity at home and abroad, best known for their hip-hop sound and powerful choreography and stage presence.