As a singer, Gloria Estefan has offered a whole palette of flavors and colors to her fans, both in English and in Spanish. But with her new English album, “Miss Little Havana,” the Cuban star reveals a side she had yet not explored with the tone of her voice ― one of great sensuality. She attributes her newest producer Pharrell, who has created hits for the likes of Madonna, Britney Spears, Justin Timberlake, Jay-Z and more, with helping bring out her sexier side on the Latin dance album.

“I am indeed, much more comfortable in my own skin,” said Estefan, 54, in a recent interview with the Associated Press. 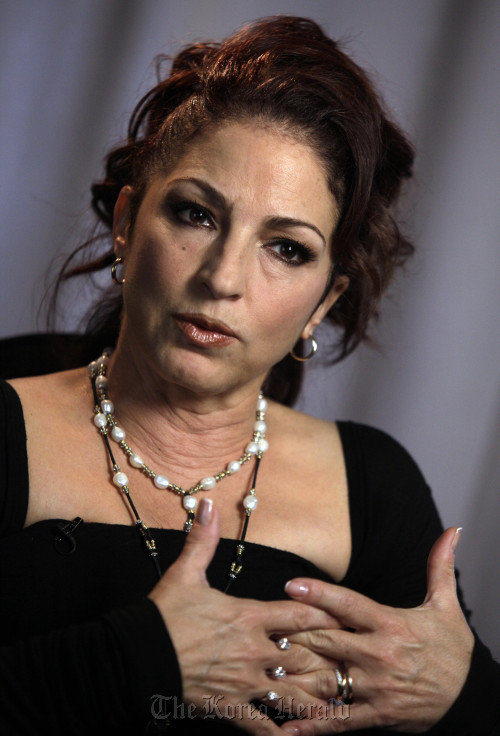 Gloria Estefan. (AP-Yonhap News)
“I think women, as we get older, we can just let go of a lot of things,” added the artist, who gained fame in the 1980s as the lead singer of the Miami Sound Machine. “I just have felt better and better through the years.”

The first nine songs in “Miss Little Havana,” written or co-written by Pharrell and sprinkled with Spanish, tell the story of a young girl who arrives in Miami from Cuba in search of a new life, and finds her heart broken after she hooks up with the wrong guy. Not her story, says Estefan, whose first and only boyfriend has been her husband, Emilio, the ex-leader of the Sound Machine and producer. He produced four songs on the album, which comes out on Tuesday, exclusively at Target. It is her first in English since 2003’s “Unwrapped.”

AP: What took you so long?

Estefan: Well, I was doing Spanish in between. We did “90 Millas” ... But I never go into the studio just to do a record. I have to have some kind of creative idea that I feel that my fans will enjoy and that I wanna share, and Pharrell called me and said, “Listen, I would love to do a project with you and I have written a couple of songs for you that I’d like you to hear.” (And) when I listened I thought, “You know what? This is a great idea. I would love to be a part of this somehow and see how we click,” ... and we did.