The classical scene’s most anticipated concerts will be the Berlin Philharmonic Orchestra’s at the Seoul Arts Center’s Concert Hall on Nov. 15 and the Sejong Center for the Performing Arts on Nov. 16.

In November 2005 the BPO’s star conductor Simon Rattle promised Korean fans that he would come to Korea every three years. He kept his promise and performed the complete cycle of Brahms Symphony in November 2008 in Seoul to a sellout audience.

Arguably the most prestigious orchestra in the world, the BPO returns this year with symphonies by late 19-century composers Gustav Mahler and Anton Bruckner.

The composers, the two most significant figures in the history of symphony after Beethoven, closely interacted with each other in music. Audiences will be able to feel Rattle’s authentic interpretation of Mahler, which will create synergy effects with the BPO’s fantastic sounds of classical music. On Nov. 16, Ravel’s “Alborada del gracioso” from the suite “Miroirs” and Hosokawa’s Horn Concerto “Moment of Blossoming” will be also staged. Stefan Dohr will collaborate for the horn concerto. Tickets range from 50,000 won to 450,000 won. For more information, call (02) 6303-7700. 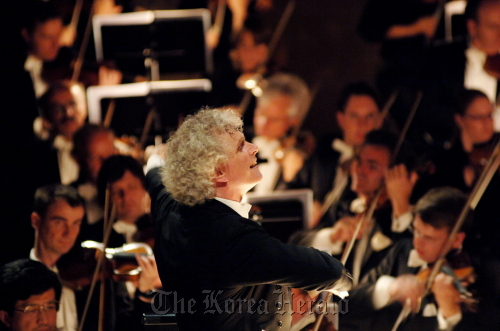 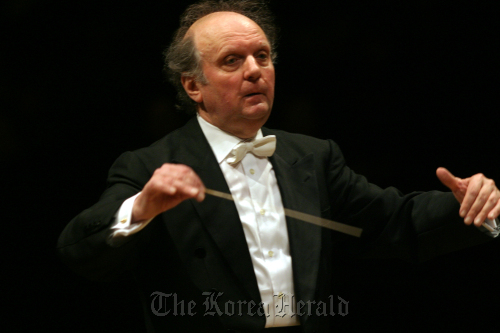 Marek Janowski, Berlin Radio Symphony Orchestra. (Vincero)
The Berlin Radio Symphony Orchestra, led by conductor Marek Janowski, comes to Seoul earlier than the BPO. Known for its conservative and orthodox German sounds, the orchestra will hold a concert on Oct. 6 at the Sejong Center for the Performing Arts. The program is mainly German orchestral works such as Weber’s “Der Freischtz” overture, Beethoven Piano Concerto No. 5, known as the “Emperor Concerto” and Brahms Symphony No. 3. The collaboration will be done with Korean pianist Cho Seong-jin who won the third prize at the 2011 International Tchaikovsky Competition. Tickets range from 40,000 won to 220,000 won. For more information, call (02) 599-5743.

Led by artistic director and conductor Yuri Temirkanov, the St. Petersburg Philharmonic Orchestra returns to Seoul to showcase romantic and powerful European classical music for two days on Nov. 8-9 at the Seoul Arts Center’s Concert Hall. The Nov. 8 program will be Russia’s uniquely strong but romantic sounds including Liadov Kikimora Op. 63, Sibelius Violin Concerto in D minor Op. 47 and Rachmaninov Symphony No. 2 in E minor Op. 27. The next day, the first half is the same, followed by Tchaikovsky Symphony No. 5 in E minor Op. 64. Violinist Sara Chang will join the orchestra, powered by Tmirkanov’s seasoned skills and precise interpretation. Tickets range from 60,000 won to 270,000 won. For details, call (02) 541-3183. 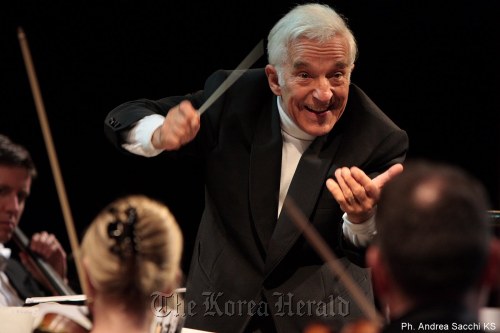 Vladimir Ashkenazy, the Sydney Symphony Orchestra. (Vincero)
The Sydney Symphony Orchestra’s first concert in Korea on Nov. 16-17 at the SAC’s Concert Hall is also noteworthy. Virtuoso pianist Vladimir Ashkenazy is the principal conductor of the orchestra, visiting Seoul this time with cellist Mischa Maisky and pianist Evgeny Kissin. The program includes Shostakovich Cello Concerto No. 1, Brahms Symphony No. 1, Chopin Piano Concerto No. 1 and Rachmaninoff Symphony No. 2. Tickets range from 70,000 won to 250,000 won. For details, call (02) 599-5743.