[ The Korea Herald – Send E-mail ]
It’s been a very goon year for Jennifer Egan
By
Published : Sep 2, 2011 - 20:13
Updated : Sep 2, 2011 - 20:13
Jennifer Egan takes bold leaps all over the literary map. Her latest novel, “A Visit From the Goon Squad,” has been called wildly ambitious, bravura, a virtuoso performance. “Is there anything Egan can’t do?” crowed the New York Times Book Review.

Heck, yes, she’d say if you asked her. At the moment, fumbling with the spanking-new iPhone she’s still figuring out, Egan is neither leaping nor virtuosic. She is anxious, about the family’s sick cat. They’re about to leave on a British Isles vacation, and the pet sitter just fell through.

In a back booth of Cafe A, a fixture in her old East Village neighborhood in Manhattan, Egan is framed by a giant funky painting. Her delicately featured, foxlike face breaks into a rueful grin.

“Really, there’s not that many people you can call and expect to wrangle a practically feral cat that needs shots and maybe a trip to the vet,” she said, taking another sip of iced tea.

Kitty-care crisis aside, it’s been a breakthrough year for Egan. “Goon Squad,” her fourth book and as different from the first three as they are from each other, debuted to sleepy sales. It took off after racking up several prizes and “best of” mentions, then scored the plum in the pudding in April with the Pulitzer Prize for fiction. That same month, HBO optioned the book for development into a television series.

The book, which caroms between the 1970s and the near future with several stops in between, is a sort of literary tribute to old-style record albums, each chapter a different tune “sung” in a writing style distinctive from the rest.

One, about an ill-fated young man in love with then-student Sasha, is written in the second person. Another, about an entertainment journalist who gives in to his basest impulses while interviewing a starlet, is a heavily footnoted parody of/homage to modern lit’s most enthusiastic footnote fan, the late David Foster Wallace.

In keeping with a running theme of the good old days of rock and how the industry has changed, the chapters follow the “A” and “B” sides of several characters’ lives.

Sasha the compulsive klepto has a high school friend, Rhea, whose life is forever tainted by an affair with a predatory, much older music mogul. PR princess Dolly tries to resurrect her ruined career by upgrading the image of a foreign despot responsible for thousands of deaths. First step: Make him wear an adorable hat. Anonymous janitor Scotty spends his lonely free time fishing the East River and resenting his former bandmate Bennie, now a successful record producer whose assistant is ... Sasha. 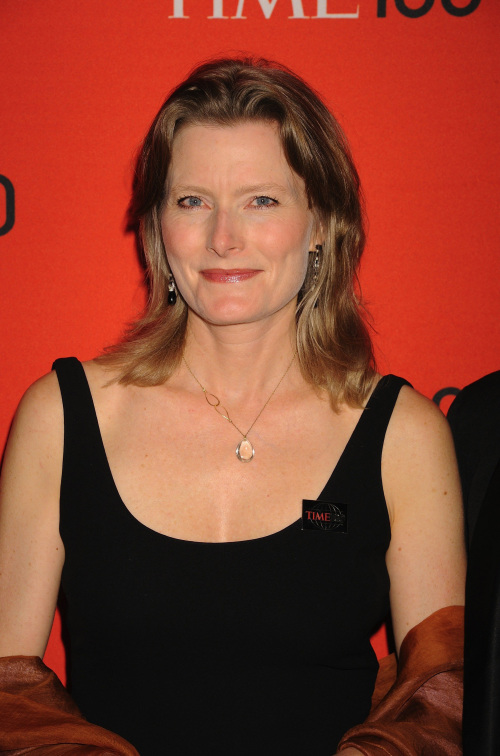 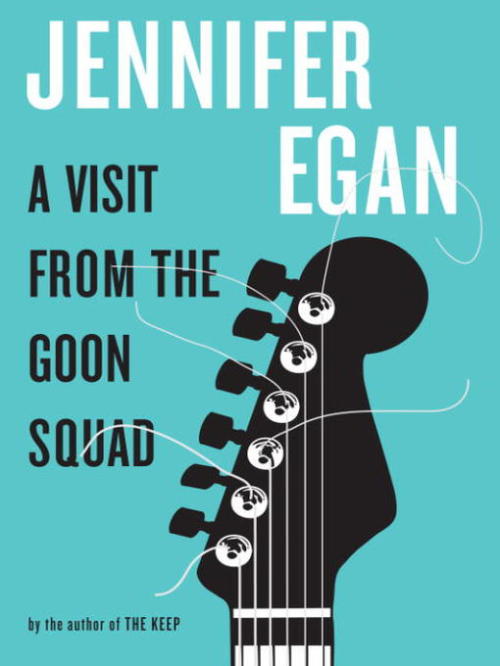 Egan’s latest novel, “A Visit From the Goon Squad.”
At first, the characters were “little islands far apart ― I didn’t see the land mass that connected them till later,” Egan said.

These are little stories that, taken as a whole, say big things, encapsulating warp-speed cultural changes and the wisdom, regrets and ravages wrought by time (with time serving as the titular “goon”). The artistic chances she takes are rendered so smoothly and confidently that they slip right by at first, to be savored later.

Elizabeth Taylor, books editor at the Chicago Tribune and chair of the three-person Pulitzer committee that selected Egan for the prize, called the book “a high-wire act of a novel. It was really inventive in its form, but also spoke to big themes. Fiction should not merely be a mirror, it should also illuminate the world, and this book does that.”

“Jenny is never doing only one thing in her fiction,” she said. “She’s able to play with genre, to experiment wildly with form, with voice ― in fact, she needs to do these things to keep herself interested ― and yet none of the playfulness or experimentation ever obscures the emotional or psychological thrust of her narrative. She always has a real story to tell, even when she does it in the most roundabout ways. Often the telling of the story becomes, in a way, the story itself.”

Egan is New York-slim, casually yet impeccably put together. If she was wearing more bling she could almost pass for a lady who lunches, or at least a Connecticut soccer mom.

But she lives in Brooklyn. Her black T-shirt is more city hip than suburban safe. She’s at ease among the eccentrics sunning on benches in nearby Tompkins Square Park, eying them as if one might inspire her next protagonist. A just-folks attitude surrounds, but never obscures, a mind that is curious, agile, analytical ― and, apparently, fearless.

One much-discussed chapter toward the end of “Goon Squad,” concerning an awkward teen boy’s obsession with musical pauses in pop songs, is written entirely in PowerPoint. She had to teach herself how to do it first, then slipped it into the final version she sent to her publisher, crossing her fingers that they wouldn’t balk.

“They couldn’t have been more game,” she said.

Egan regularly breaks the cardinal rule of writing what you know.

“I always avoid my own life,” she said. “If I feel myself getting near it, my writing grows very cold.”

She goes in blind, with no plan, just an inkling of an idea based, for example, on a passing observation of someone she sees on the street.

“I enjoy that thrill, the illusion that I’m discovering things myself,” she said.

The spark that lit the idea for “Goon Squad” is referenced in the first chapter, when Sasha notices a wallet beckoning from an open purse in a restaurant bathroom and takes it.

Egan didn’t actually take the wallet she saw in real life, it just got her thinking: What if? From there she spun out all the characters, like a spider weaving a small village of interconnected webs, even folding in a few previously published stories by linking their characters to new ones.

When she’s writing as a journalist ― she has contributed several pieces to the New York Times magazine ― she uses only the computer, but her fiction is all scrawled by hand on notepads.

“Somehow handwriting helps me get into a more unconscious state, which is where the best stuff comes from,” she said. “The physical act of writing helps me reach whatever part of my brain needs to be most active.”

Reading the transcribed passages on her computer screen is the hardest part of her writing process, she said. “I usually have barely looked at it and often don’t know all the content because it was written in a somewhat unconscious state. But at that point I become systematic and outline-oriented, figuring out how to make it better.”

When self-editing, she returns to handwriting. “My radar for what works and what doesn’t is bad on screen. The changes I end up making are often wrong.”

Egan is also “very reliant” on a reading group that she runs first drafts by to gauge “what has a pulse and what doesn’t.”

Egan could not be more self-effacing about the stars that must align to win a Pulitzer.

“It’s a lot of luck, maybe not on the scale of winning a lottery, but you happen to hit a few people the right way,” she said (in this case, three). “I’m sure some people read it after the fact and thought, ‘Why the hell did this get a Pulitzer?’ It really puts a lot of pressure on a book, something like that. It brings out the contrarian in anyone to say, ‘Hey, that wasn’t so great.’”

The last chapter of “Goon Squad” is set in the near-future 2020s. It brings together young dad Alex as the stealth captain of a “blind” marketing team working for music producer Bennie to create an instant rock star by influencing popular taste without their targets being aware of the manipulation. Toddlers are called “pointers” because that’s all they have to do to download songs onto their handsets. Being paid to manipulate other people’s tastes by pretending to like something is no longer unethical, but merely “calcified morality.”

“In Brooklyn, that is morality already, the future is here,” she said, laughing how about her fiction has turned out to be eerily prescient.

“As a consumer I’m way behind technologically,” she said. “But some of my predictions come true. Fortune magazine just came out with a story on tablets for babies, and then I read that Gadhafi tried to hire publicists to improve his image.”