JYP Entertainment, Park’s agency, said on Monday that he is in talks to star in the film “Five Million Dollar Man.” Park is a singer-song writer and producer, as well as founder and head of JYPE, one of the top three Korean entertainment agencies. 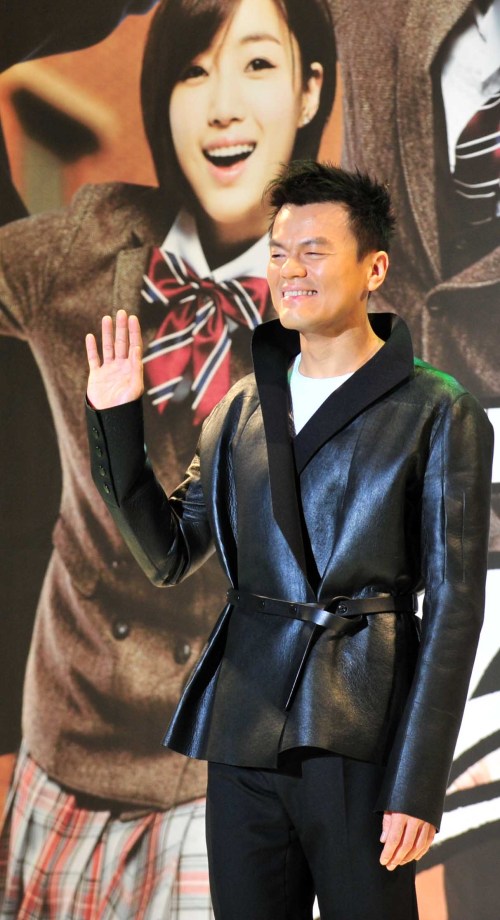 Park Jin-young at the press conference for the KBS 2TV drama “Dream High” in December last year. (Kim Myung-sub/The Korea HeraldBy Park Min-young)
The film will be about a K-pop star-wannabe who gets tangled up in a money-related case. Park is offered the role of the aspiring singer. Director Kim Ik-ro will take the megaphone and Harimao Pictures, which produced the film “7th Grade Civil Servant” and TV drama “Chuno,” or “Slave Hunters,” will be in charge of the production. Filming may start as early as October.

Park debuted on the small screen last year through the KBS 2TV drama “Dream High” in which he also served as the music and dance director. The popular high school romance drama which featured four JYPE singers was co-produced by JYPE and hallyu star Bae Yong-joon’s agency Keyeast.

Park is currently on a tight schedule of producing albums of JYPE singers, setting the layout of the drama “Dream High 2” which will run this winter, and getting ready to serve as judge in the upcoming SBS audition program “K-pop Star.”