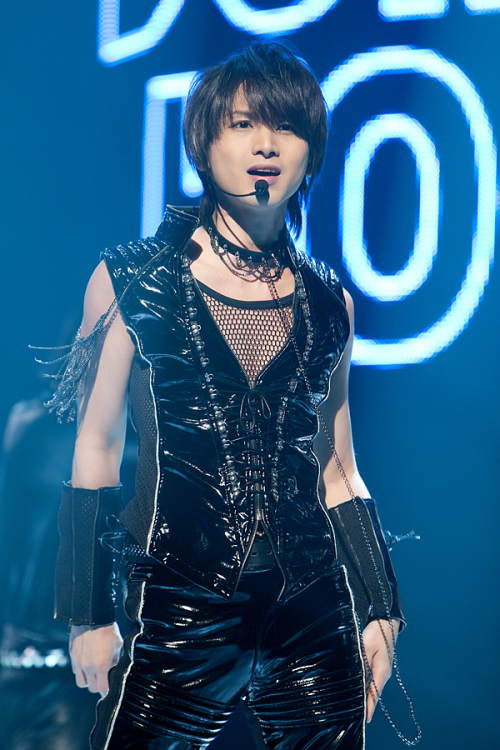 Koichi Domoto (CJ E&M)
“Lee Seung-hwan, The Regrets”: Pop and rock singer-songwriter Lee Seung-hwan will hold solo concert ”The Regrets” on Sept. 18 at Olympic Park’s Subyeon outdoor stage. The 46-year-old has released more than 10 different studio albums and extended plays since his debut in 1996. in He will be collaborating with a project band “Lee Seung-hwan The Regrets” at the concert. The show will be presented in an autumn atmosphere setting, with a main focus on acoustic sounds. Tickets, priced at 99,000 won, are available at www.interpark.com. For details, call (02) 563-0565.

“Outdoor Festival 2011”: The Seoul Arts Center’s new outdoor stage will offer a series of concerts and performances for free on Saturday and Sunday through Sept. 4. At the Shinsegae Square Outdoor Stage in front of Hangaram Museum, singer Shim Su-bong and five-member band will be on stage on Aug. 20-21. The Korea National Ballet Company will showcase highlights of the company’s repertoire on Aug. 27-28 and Shin Kwan-woong Jazz Band, on Sept. 3, and Latin jazz band Covana, on Sept. 4. All performances will start at 7 p.m. and tickets are free. For more information, visit www.sac.or.kr.

“2PM Hands Up Asia Tour”: Six-member K-pop group 2PM will hold its 2011 Asia Tour, starting with a Seoul concert in September. The upcoming concert in Seoul will be the act’s second solo concert in Korea and will take place at Jamsil Gymnasium on Sept. 2-3. The group’s Asia tour will continue through November. Making a comeback with the song “Hands Up,” the group topped online and offline charts for several weeks. Ticketing has opened on www.mnet.com and www.yes24.com. Tickets range from 55,000 won to 99,000 won. For more information, call 1577-3363.

“Beady Eye Live in Seoul”: Rock band Beady Eye will hold a concert on Sept. 3 at Ax-Korea in Seoul at 7:30 p.m. The concert had been initially scheduled in May but was delayed due to the March earthquake and tsunami in Japan. The U.K. group consisting of Liam Gallagher and other ex-members of Oasis released their first album “Different Gear, Still Speeding” in February. Korean indie band Gukkasten will support. Ticketing will be available at ticket.interpark.com. Tickets are priced at 99,000 won. For details, call (02) 332-3277.