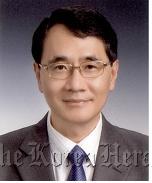 Pyo Jae-ho
KIPI said its board of directors has recently elected Pyo, a patent veteran with more than 10 years of experience.

“I will make my best efforts in strengthening KIPI’s capabilities to take the leap into an international organization specialized in patent information,” Pyo said.

An affiliate of the Korean Intellectual Property Office, KIPI establishes and distributes local patent information, while carrying out study and analysis for government-funded research and development projects and private companies.

A graduate of Seoul National University, he started his public service in 1981 as a researcher at the National Institute of Environmental Research, and held various posts at then the Ministry of Energy and the Ministry of Commerce, Industry and Energy, as well as KIPO.