The exhibit at the New Museum is called “Ostalgia,” referring to the term “ostalgie” that emerged in the post-Soviet 1990s in eastern Germany to describe the sense of loss that mixed with relief at the fall of communism in the east ― or, in German, “ost.” 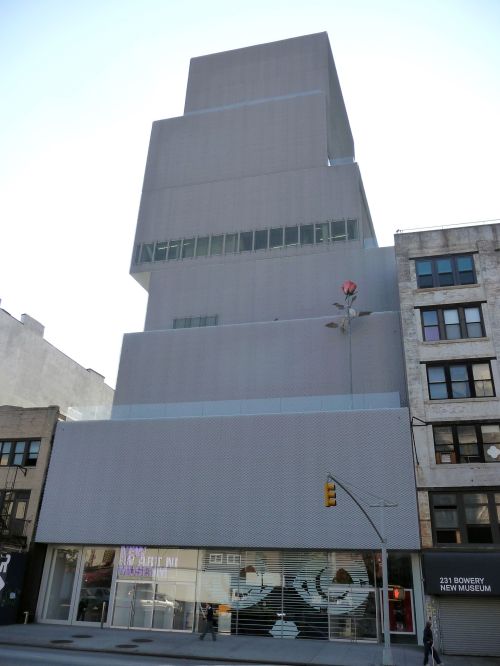 The New Museum of Contem­porary Art of New York seen on Friday presents “Ostalgia” until Sept. 25. (AFP-Yonhap News)
More than 50 artists from 20 Warsaw Pact countries are represented in the exhibit with reportages on life and art then and now.

The exhibit, which runs until Sept. 25, mixes “private confessions and collective traumas” and “traces a psychological landscape in which individuals and entire societies negotiate new relationships to history, geography, and ideology,” organizers said.

A mix of every imaginable media is used, ranging from paintings and photographs to installations.

Photographs by Ukrainian Boris Mikhailov depict the economic and also moral devastation of people left homeless and without medical help after the Soviet collapse.

Repression is a widespread theme in the works, as is the need to seek reinvention seen in “Dammi I Colori” by Albanian Anri Sala, which explores the renovation and attempt to inject color into the drab capital Tirana.

One of the artists, Germany’s Thomas Schutte, said his sculpture of three ghoulish figures wrapped in cloaks, named “Three Capacity Men,” is a “representation of the past’s lingering ghosts.”

“Rather than fading or diminishing, these ghosts seem to have grown larger and more powerful,” he said.