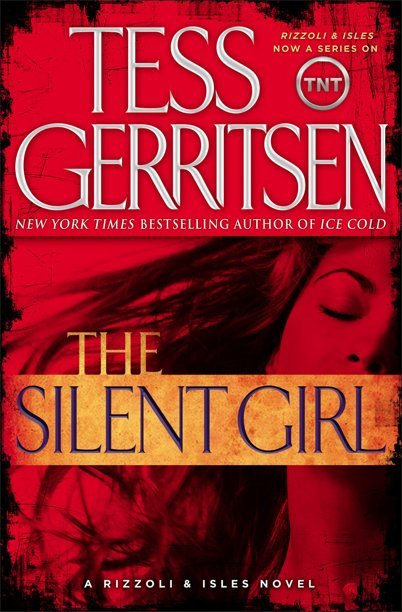 A woman’s hand is found near a trash bin and the rest of her remains are up on a roof in a building in Boston’s Chinatown. The evidence at the scene stumps Rizzoli when hairs found on the body appear to belong to something that isn’t human, and metal shards seem to be from an ancient weapon.

The investigation leads in another unexpected direction when a closed case from 19 years ago takes center stage. A cook in a Chinatown restaurant opened fire on the customers and killed several people before he killed himself, or at least that’s what the police report says. Survivors have started receiving notes in their mailboxes saying, “I know what really happened.” Rizzoli tries to persuade a teacher of Chinese martial arts who lost her husband that fateful night to come clean, but the woman refuses.

Gerritsen delivers an amazing cultural clash between the police and Chinese immigrants. She mentions in the acknowledgments that “The Silent Girl” is her most personal novel to date, and it shows in the high-quality writing.

The television show “Rizzoli & Isles” on TNT is a great companion to the books. Readers will want to watch, and TV fans will want to read more adventures. “The Silent Girl” is one of Gerritsen’s best, and with the likely support of TV fans, the novel should land on best-seller lists.