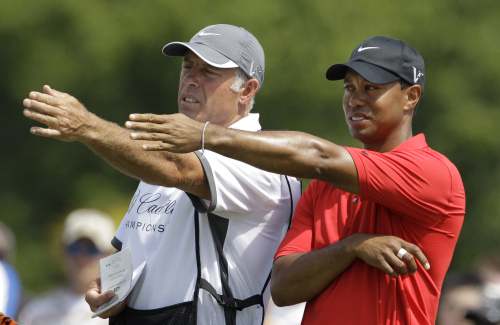 This March 13 file photo shows Tiger Woods (right) and caddie Steve Williams. (AP-Yonhap News)
“I want to express my deepest gratitude to Stevie for all his help, but I think it’s time for a change,” Woods said on his website. “Stevie is an outstanding caddie and a friend and has been instrumental in many of my accomplishments. I wish him great success in the future.”

Woods did not say who would replace Williams or when he would return to golf. Williams, who previously worked for Raymond Floyd and Greg Norman, had worked the last three tournaments with Adam Scott. That included the last two majors, which Woods skipped while trying to recover from injuries to his left leg.