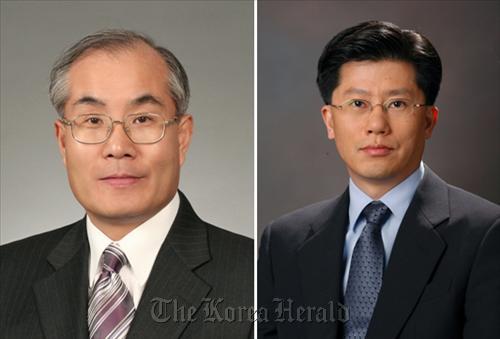 Lee Yoon-young and Huh Jeong-seok
Huh is the son of Iljin Group chairman Huh Chin-kyu. The younger Huh is currently the president of Iljin Holdings and will continue to hold the post while serving as the co-CEO of Iljin Electric. The 41-year-old has been serving in various executive posts at Iljin Group subsidiaries since 2001 including that of a director of Iljin Diamond, and chief executive of Iljin Heavy Industries.

Lee is a heavy industries specialist, having worked at Doosan Heavy Industries from 1982 to 2006, during which he served in various roles including overseas sales.