On Wednesday, Christie’s auction house said it sold 50 silver gelatin prints that the photographer, Mike Mitchell, made from the negatives for $361,938. The images, plus photos from another Beatles concert, had been estimated to fetch a total of $100,000. 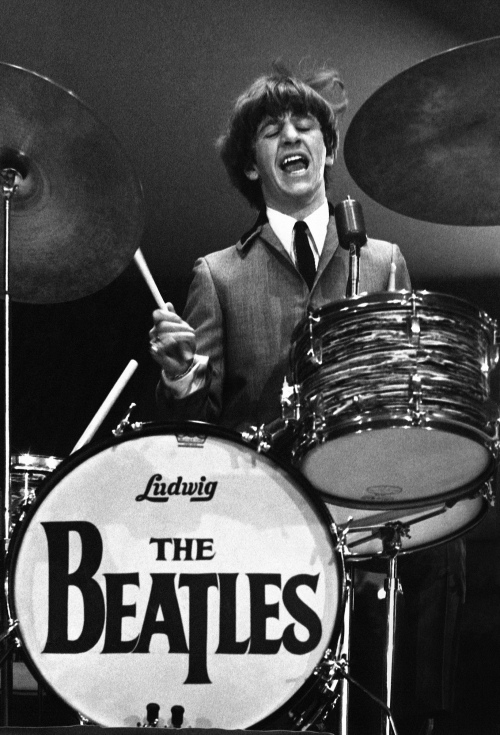 Mike Mitchell was there, shooting photos from just feet away and even jumping onto the stage for the group’s pre-concert press call.

Among the highlights is a backlit shot of the band that he took while standing directly behind them. It sold on Wednesday for $68,500; its pre-sale estimate was $2,000 to $3,000.

An image of an animated Ringo Starr on the drums sold for $8,125. It was estimated to bring $3,000 to $5,000. Christie’s said the shot depicts a rare moment where Starr was both drummer and lead singer on a song written by Paul McCartney and John Lennon, but made famous by The Rolling Stones: “I Wanna Be Your Man.”

“Beatles fans are fierce. To uncover this trove of images that’s never been published will really excite people,” she said.

Also included in the sale are photos of the band’s Sept. 13, 1964, performance at the Baltimore Civic Center.

In a recent interview with the Associated Press, Mitchell described the rollicking scene at the Washington indoor arena ― not only of screaming fans but also of his unrestricted access.

Equally astonishing is how few other photographs from that first concert exist.

Simeon Lipman, Christie’s pop culture consultant, said it’s not clear why there weren’t many other photos of the concert. He said Mitchell’s black and white photographs were remarkable for their “animated” and “intimate” depiction of the Fab Four.

Mitchell stored the negatives for years in a box in his basement. For the silver gelatin prints in the auction, he used digital technology to do “much better darkroom work that could ever have been done in a traditional darkroom.”

Mitchell said he had not thought much about the photos until recently because he has been focused on developing a body of photographic work about light that took him on a different aesthetic journey. Until now, he added, the images “couldn’t be restored to the extent that they have.”

“They benefit from a historical perspective,” he said.