SK Telecom’s latest bet for a stake in Hynix Semiconductor is not as reckless as the markets would like to believe.

The telecom company’s recent decision to bid for the world’s No.2 memory chipmaker was actually a plan devised by parent company SK Group to gain more leverage in the telecom and handset industry via memory technology, industry sources told The Korea Herald on Monday.

“SK knows that having memory chips would give its telecom business a big boost because it can then demand handset makers to use Hynix’s memory technology to ultimately raise its leverage and cut costs,” said one source, declining to be identified. 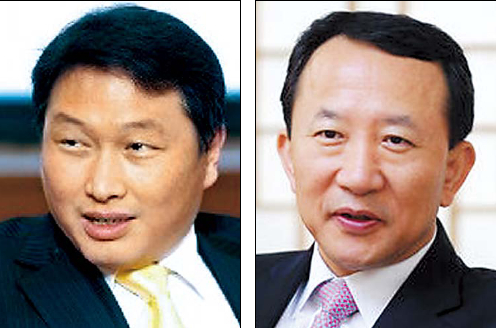 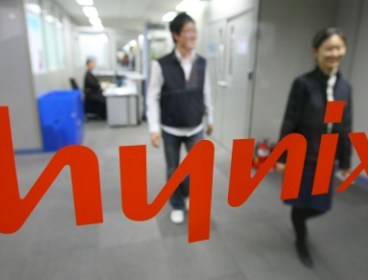 (Yonhap News)
SK Telecom, the nation’s largest telecom company, purchases from handset manufacturers such as Samsung, Apple Inc. and LG to resell to consumers with call plans. Memory technology such as offered by Hynix is critical for mobile devices such as smartphones and tablet PCs.

SK currently does dabble in handset manufacturing via its subsidiary SKC, but to an insignificant extent.

On July 8, SK Telecom submitted a letter of intent, along with STX Group, to acquire a 15 percent stake in Hynix Semiconductor, expected to cost about 2.5 trillion won ($2.3 billion).

Sources dismissed concerns that Hynix would require excess amounts of investment, which was cited as the reason that other potential buyers decided against jumping into the race.

“This is a business that, if left alone, can continue to make money for SK Telecom, because the company is already pretty much developed in terms of memory,” said another industry watcher on the condition of anonymity.

Earlier, experts had said Hynix would require trillions of won over the next decade or so, mostly because it is a business that needs steady investment to fuel sustainable growth.

Hynix has been falling behind in terms of technological advancement, as it has failed to roll out en masse the thinner, more advanced 30-nano class memory chips.

But experts pointed out that unless Hynix seeks to span the yawning gap with Samsung Electronics, it will stay in “a comfortable place” for some time.

Hynix CEO Kwon Oh-chul earlier this year said Hynix would be increasing production of 30 nano class chips to 40 percent of its portfolio by the year’s end.

The firm currently relies mostly on the less-advanced 40-nano chips.

SK Telecom reportedly had been preparing the bid for quite some while, based on SK Group chairman Chey Tae-won’s beliefs that the company needs to diversify its business portfolio.

SK has so far been largely unsuccessful in most of its overseas ventures, mostly because of a lack of efficient strategies.

“I heard that Chey Tae-won was in China on many occasions, but he has not been able to forge effective ties, mainly because SK is unaware of the localized strategies it must resort to, especially in the areas of tightly-controlled markets such as telecom,” said one executive at a mid-sized Chinese business familiar with the situation.

In July last year, SK Group made an executive decision to gather together all of its Chinese operations under a single unit, SK China.

Despite the synergy effect that SK’s acquisition of Hynix may have, investors remained skeptical.

Daishin Securities last week had slashed the target price by 15 percent to 200,000 won.