In order to secure the ISO27001 status, the nation’s largest cosmetics manufacturer underwent a rigorous set of internal and external audits for two years, the company said. 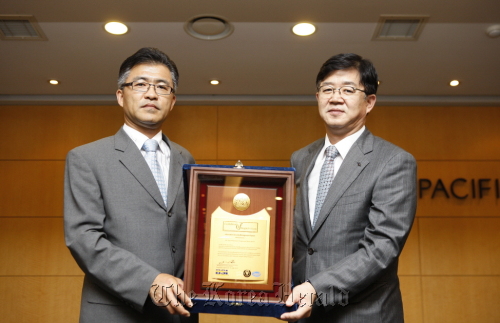 “The certification will be an opportunity for us to reaffirm the importance of information security. We will continue to make efforts to better protect our technology, business know-how and customer information,” said Lee Yoon, executive director of human resources and support service.

The ISO 27001 certification extends well beyond basic IT security and applies to all aspects of managing an organization’s information security risks.

Amore plans to continue to make efforts to maintain the certification and to extend the coverage to its affiliated and overseas branches, the company said.

The manufacturer of premium brands such as Sulhwasoo and Amore Pacific holds almost 40 percent of the domestic market share and 1.2 percent globally. The company, which is currently ranked 20th in the world, aims to enter the global top 10 cosmetics companies by 2015.