Over 900 photographic and video artworks were submitted by university students and young artists from the Southeast Asian member states of the regional block and Korea.

The winners of the 2011 ASEAN-Korea Multimedia Competition are Hassnal Adam Raasalhague Sulainan from Brunei, Hoeng Keomakara from Cambodia and Willis Turner Henry from Indonesia. 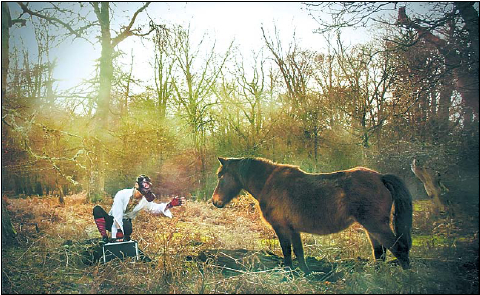 The photo by Brunei’s Hassnal Adam Raasalhague Sulainan that won the ASEAN-Korea Multimedia Competition (ASEAN-Korea Center)
Other winning entries include works from Korea’s own Ahn Sung-seok, Thanavorakit Kounthawatphinyo from Laos, Haris Abadi from Malaysia and Poe Sandar Lin from Myanmar.

The Philippines’ Geric Cruz, Wu Siyi from Singapore, Thailand’s Chanathip Keawsuk and Linh Duong from Vietnam round off the list of winners.

Judging the competition were renowned curators and experts from the Association of Southeast Asian Nation member states and Korea.

The winners residing in Southeast Asia will be invited to Korea for a multimedia workshop and seminar and will also attend the exhibition of the winning entries to be held from July 28 to Aug. 14 at the Palais de Seoul gallery.

These artworks will also be exhibited online.

The artworks depict where ASEAN countries and Korea are today and their place in the world for the future.