It is not unusual to feel back pain: it is common after sitting in one posture too long or standing still for a long period of time.

But if the pain wakes you up in the middle of the night and is relieved by moving you should visit a doctor as it is possible you are developing ankylosing spondylitis.

According to Pfizer, one of the world’s largest pharmaceutical companies, about 500,000 people in Korea, or 0.5 percent of the population, have different stages of AS. 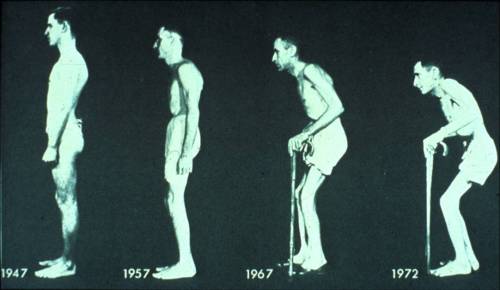 A series of pictures showing the progression of ankylosing spondylitis.(Pfizer)
AS is a form of inflammatory arthritis and autoimmune disease that causes some of the vertebrae in the spine to fuse together, making the spine less flexible. In severe cases, sufferers will be hunched-forward, making it impossible to lift the head high enough to see forward. It is also linked with eye inflammation, which can lead to temporary blindness.

“In some cases, people wake up during sleep because of the pain. The pain is relieved when they move around. It is quite different from other diseases,” Dr. Jurgen Braun, professor of rheumatology at the Free Berlin University, told The Korea Herald. 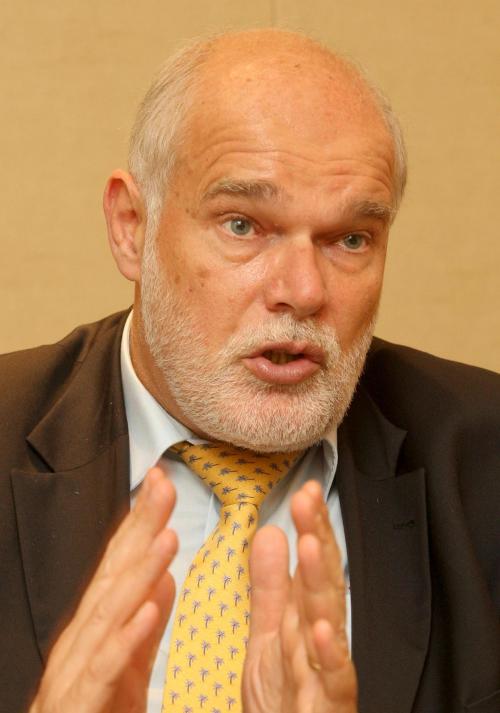 Dr. Jurgen Braun, professor of Free Berlin University (Pfizer)
The disease is more common in the northern hemisphere than the south ― in Finland the prevalence is as high as 20 percent in some regions, Braun said.

No one has managed to find out the cause of the prevalence. Genetic factors are one possibility.

Men, especially those between 20 and 40 years old, present with AS in higher numbers than women and suffer greater levels of pain. If not detected early, the pain can become chronic, affecting patients for more than three months, Braun said.

But Braun was cautious about defining AS a “male-susceptible disease.”

“I assume the chances of people getting the disease is nearly the same but it is the matter of visiting doctors or those talking about it,” Braun said.

There is no cure to AS at the moment. Braun said that because people do not know the cause of the disease, a cure is unlikely to be found in the near future. At the moment, the most widely used treatment is medication, tumor necrosis factor blockers, to relieve pain.

“Early diagnosis is extremely important. I advise people to take MRI, which detects the smallest change in the bones. The TNF blockers prevent the progression of inflammation and relieve the pain,” he said.

There are ongoing studies on the cause-and-effect relationship between bone inflammation and bone formation.

“If we can trace that we will be seeing some great development in the treatment,” Braun said.

Braun said at this point, there are not many things ordinary people can do to prevent AS.

“Try to maintain muscle strength and the back condition by regular exercise. Also, do not start smoking or just quit smoking: Smoking is certainly linked with the worst prognosis,” he said.