Guinness World Records, the world’s leading authority on record-breaking achievements, on Tuesday presented a certificate to the Ulju municipal government that declares the “Ulsan Oegosan Onggi” as the world’s “Largest Earthenware Pot.” 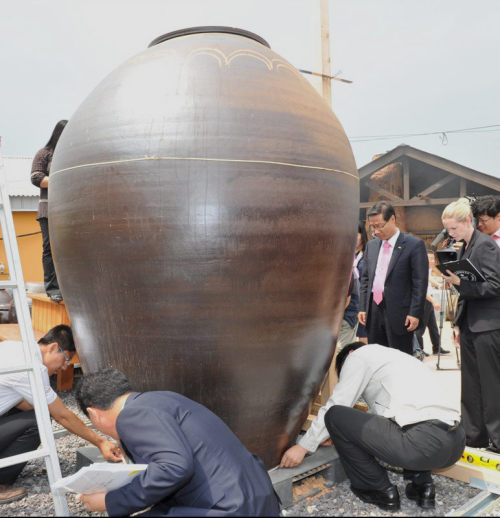 As part of efforts to promote the nation’s traditional ceramics, the regional government revealed the piece ahead of the 2010 Onggi Expo in the onggi village of Ulju in September last year. The earthenware pot was made after six tries beginning in March 2009.

“(The piece) will become the stepping stone to show off our traditional culture and history at home and abroad,” said Shin Jang-yeol, chief of the regional government.