FIFA has been embroiled in a corruption scandal concerning the 2018 and 2022 World Cup bids and the election for president of the sport’s world governing body.

“I hope we’re good hosts ... and that we show that tomorrow,” Steffi Jones, president of the organizing committee and former player for Germany, said Saturday.

FIFA’s ethics committee is expected to make a ruling on corruption allegations in July, although an investigation into former FIFA vice president Jack Warner has been dropped after he quit all his soccer positions.

At a press conference Saturday, media were told not to ask about the bribery allegations.

Blatter said, “The ethics committee is working, working and moving forward. (But) one has resigned and will therefore no longer be covered.” 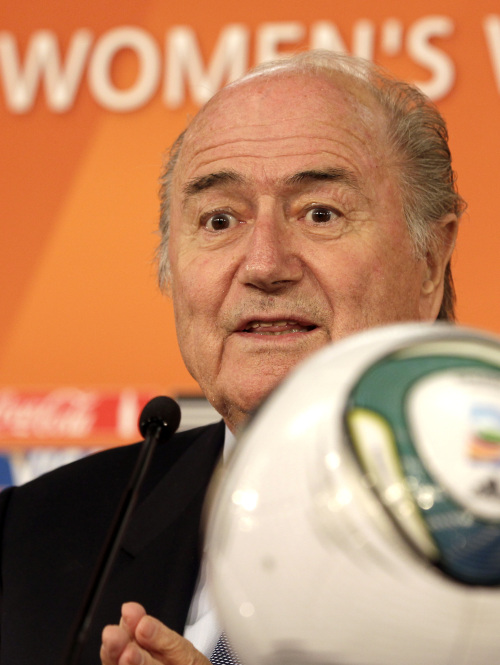 FIFA president Sepp Blatter speaks during a news conference on Saturday. (AP-Yonhap News)
Blatter said he will meet Theo Zwanziger on Sunday, the German federation president who called for a review of the vote that gave Qatar the 2022 World Cup.

As for the Women’s World Cup, Blatter said Germany’s hosting will be “a milestone” in the development of the sport. The 32-match tournament is nearly a sellout, and strong demand for tickets showed it would be a success, Jones said.

In the opening matches on Sunday, Germany plays Canada and Nigeria meets France. The U.S. team will face North Korea on Tuesday.