Charity leaders from here and the U.S. have called for a more structured, transparent and incentive-driven charity sector for Korea.

Experts from America joined Korean social welfare leaders to call for a rethinking of the country’s philanthropic culture at the 1st International Conference on Sharing held in Seoul last week.

“I have been to Korea many times to see the development of social welfare and the contribution of private sector involvement along with government support is very encouraging to me.”

The volunteer organization leader also talked about the need for confidence and transparency in charitable organizations here. 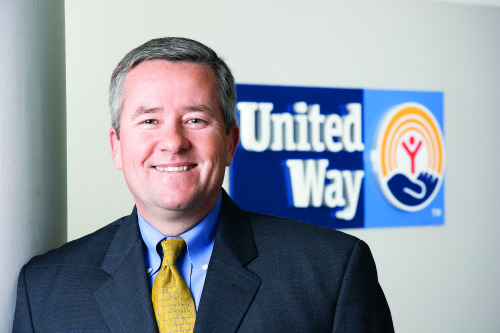 Gallagher advised the audience of charity experts and professionals to think about organizational issues as Korea’s philanthropic culture grows.

“One thing that will be important in Korea is that there is already a large and growing philanthropic culture. There is a lot of increased giving within the country and one thing here to be considered going on is what are the basic policies of how you manage individual NGOs as well as the sector of non profit organizations.”

The president of the world’s largest privately supported non-profit organization also said the best way to get people involved in volunteering was to show them the results of their volunteer efforts.

“Not just taking someone’s money and allocating it to an NGO but actually asking people to spend their time helping creates a more caring society,” he said. “Tell people what their involvement has been. If someone contributes money or time to an NGO, increasingly what people want to know is how did it make a difference how did it actually improve the lives of the people it was meant to help?”

In opening remarks at the conference, Korean Health and Welfare Minister Chin Soo-hee recognized last year’s CCK scandal ― where billions of won of the umbrella charity’s funds were misdirected, resulting in a change in the organization’s leadership and disciplinary measures for many of its staff.

“Last year there was an unfortunate scene where the transparency of some companies wasn’t clear. That was an opportunity of learning for us,” she said.

Chin went on to address the country’s welfare needs.

“The government recognizes that there is a growing need for welfare and 20 percent of the government budget is being put into welfare commitments but there are still areas where our policies are not able to fully cover,” she said.

She cited this month’s creation of a National Sharing Committee as a huge step towards fostering a structured philanthropic culture in the country.

Son Bong-ho, Executive director of the new committee said: “We are not that far behind other countries. Korea has come a long way, but there is still more to do,” he said.

“I think that the culture of giving is becoming more mature. I believe that transparency is of utmost importance to the giving culture. If the donation process is done in a more transparent way then people will give more funds creating a virtuous cycle. We should look to other countries to take lessons from them.”

Cha Heung-bong, president of the Korea National Council on Social Welfare, said charity could be a big part of the solution to inequality here.

“The gap between rich and poor is widening in Korea due to the changes of social structure. The demands and needs for social welfare are becoming more diverse,” he said.

“It is time to respond to such growing needs, however, if you look at the amounts we can see that the normal welfare system cannot cover all of the needs.

“Rather the public can be the driving force behind such growth. Only with sharing contact through such love for fellow humans you can find such results.”

Yonsei University professor Kang Chul-hee told the conference that individual giving currently stood at 0.5 percent of Korea’s GDP, adding “In these terms, Korean donations are higher than the OECD average. We should not say that we are far behind other countries in individual giving.”

But he called for the Korean tax authorities to collect more data on where and how donations were made, saying: “We have to have accurate data to get a true picture of Kroea’s giving culture.”

He called on religious organizations, which gather large amounts of the Korea’s charitable donations, to forge more ties with secular charities to benefit the country as a whole.

He also noted that while 50-60 percent of Koreans engaged in some form of individual giving, high earners gave a smaller proportion of their income than less well-off people.

“Of course people who earn more give more, but if you look at philanthropic activities, the top ten percent of the income bracket have shown the least philanthropic efforts.

“We have to have more wealthy people to give more to develop the giving mentality of the rich population. If the top people don’t give, others won’t feel that they need to give.”

He cited high-profile givers such as Bill Gates, Rockefeller and Carnegie as the kind of examples he would like to see here.

“I think it is important to create an environment for more giving in our society. Whether it is a corporate or small, individual donation it needs to be through a transparent system in our society that makes it easy to give. There is a lot of fundraising taking place, but there is not enough evaluation of how it is being done. Through that evaluation process transparency needs to be proven to create a virtuous cycle of fostering more fundraising.”