About 300 animated films from 32 different countries and cartoon exhibitions covering diverse themes are arriving in Seoul next month.

The 15th annual Seoul International Cartoon and Animation Festival (SICAF) will open on July 20 in several locations in Seoul, the festival organizing committee said Tuesday during a press conference in Seoul. 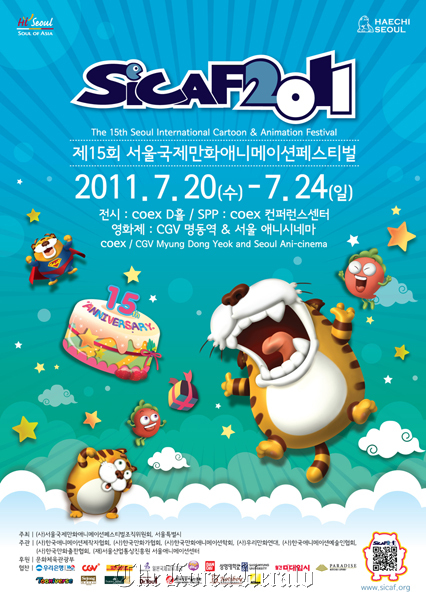 The official poster of SICAF 2011. (SICAF)
The festival this year is divided into four different parts: animated film; SICAF 2011 exhibition; digital cartoon exhibitions; and a series of business workshops for those in the animation industry exploring market opportunities.

This year’s film festival will open with director Makoto Shinkai’s “Children Who Chase Lost Voices From Deep Below,” a Japanese film about a young girl whose adventure begins as she listens to her late father’s radio and its strange sound. 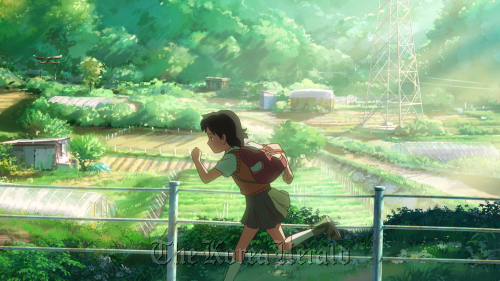 A scene from “Children Who Chase Lost Voices From Deep Below” by Japanese director Makoto Shinkai, the opening film of this year’s SICAF. (SICAF) 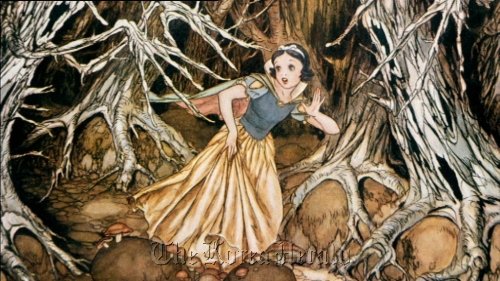 A scene from “Once Upon A Time: Walt Disney,” an animated documentary on the history of Walt Disney’s animated films by French director Samuel Doux. (SICAF)
For this year’s competition section, a total of 1,349 films were submitted from 52 countries. Among them, some 160 films have been selected, including five feature-length productions.

“Green Days ― Dinosaur and I” by Korean directors Ahn Jae-hoon and Han Hye-jin, and “The Illusionist” by well-regarded French director Sylvain Chomet are two of the five feature-length films that have been selected for the competition section.

While the Korean film tells the story of a young insecure girl and her new friends, the French film features a minor magician who runs into a young girl named Alice at a bar.

The SICAF 2011 exhibition will consist of a series of educational programs for all generations, including a special exhibition on Korean cartoonist Won Soo-yeon and Shin Moon-soo and their works; Korean cartoons that have been adapted into TV dramas or films; works of cartoonists from South America, America, and Europe; Origami ― Japanese paper-folding art sessions inspired by cartoons; and romantic comics and their message on love.

The animated film festival will be held at CGV Myeongdong and AniCinema, while exhibitions and business workshops will take place in COEX D Hall and Exhibition Hall.