The country’s top retail giant said the store in Tianjin will be the third establishment built overseas, but the first operated “Korean style.” 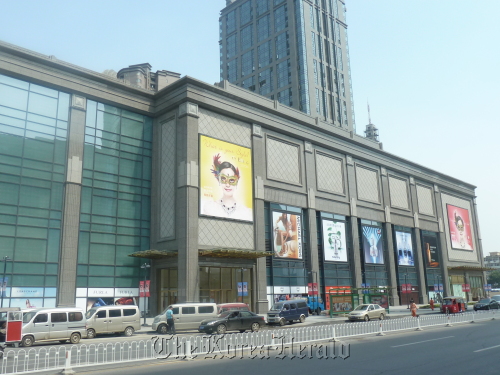 Lotte Shopping’s store in Tianjin, China. (Lotte Shopping)
“The first time we entered the Chinese market, we made a joint investment in a bid to understand Chinese culture and curb the risks involved,” he said. “But we came to a conclusion to go with a wholly invested store considering that we need a fast decision-making process and because there were differences in our visions.”

Lotte constructed its first overseas establishment in Moscow in 2007 and the first joint venture firm in Beijing on August 2008.

The new Tianjin store, which will be built on 50,000 square meters of land, will feature about 300 different brand names, including 40 Korean brands involving cosmetics and women clothing.

The second department store in Tianjin is planned for May 2012, its officials said.

“We’re officially launching our China project through the opening of the first wholly-invested Tianjin store. With plans to enter not only the main cities but also smaller cities with potential development possibilities, we plan to scale up the project to turn it into a success,” said Lee Chul-woo, chief executive officer of Lotte Shopping. 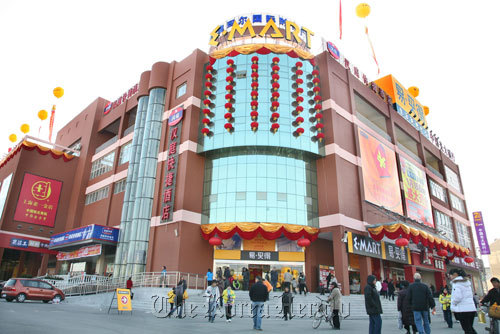 Shinsegae E-Mart in Suzhou, Jiangsu province in China. (E-Mart)
In the meantime, Shinsegae’s E-Mart is currently looking for negotiating opportunties with its Chinese partners to sell about 10 of its stores in China with low profit figures, including the Beijing branch. The talks have reportedly fell apart recently.

The company plans to change its business strategy and move into the western regions from its focus in the northern areas, opening stores in major cities like Beijing and Shanghai.