“Ethics need to be taught and shared among peer groups. Professionals above graduate level often have never had chances to train themselves on what is right and wrong in specific situations,” Rajiv Biswas, Asia-Pacific head of the world’s largest economic and financial consulting company, said in an interview with The Korea Herald. 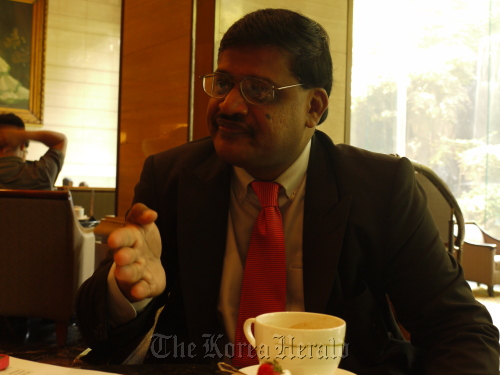 “Junior bureaucrats and public servants need to be shown examples from their bosses and only when they have such environment could there be clean practices,” the Indian economist with decades long experience in the sector said.

Collusive ties between banks and auditors at regulatory bodies have been cited as the biggest problem to have triggered the corruption scandal in Korea’s secondary banking sector. In February, the nation’s watchdog, the Financial Supervisory Services, suspended the operation of eight troubled savings banks. But the incident shed light on bribery scandals involving savings banks’ executives, as well as FSS former and incumbent officials. The government has begun its reform of the watchdog to eliminate long-held collusive ties between the agency and the banking industry.

Mindful of the issue of breaking up the regulatory power currently held at the FSS, Biswas said the process should be carefully designed not to erode efficiency.

“Having multiple regulatory bodies could be inefficient especially if the communication channels are not coordinated. This was the case of the U.S.,” he said.

The Lee Myung-bak administration has been pushing to overhaul the financial regulatory system which would give the Bank of Korea more regulatory power over banks and financial services companies. The central bank is tasked with keeping inflation in check and stabilizing the foreign exchange market.