Located in Zhangjiagang, Jiangsu Province, Zhangjiagang Pohang Stainless Steel or ZPSS is 82.5 percent held by POSCO. The remaining 17.5 percent is held by China’s Shagang Group. POSCO also said that ZPSS is likely to meet the requirements for being listed on the Chinese market after 2013.

According to POSCO, ZPSS is the first foreign-invested company operating in China to have 1 million ton production capacity. 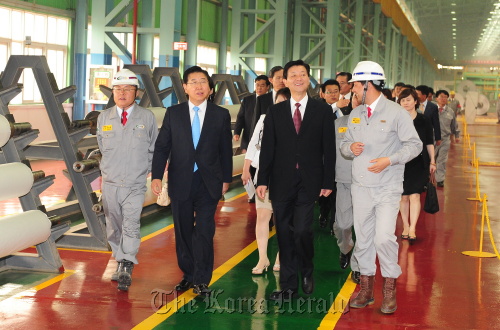