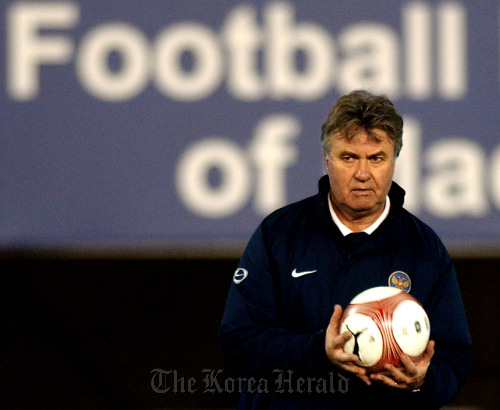 The Dutchman, who successfully guided the Taeguk Warriors into the semifinals of the 2002 World Cup, came to attend the opening of “Hiddink Dream Field,” a futsal field in the southeastern city of Ulsan on June 14.

During his five-day trip, Hiddink will meet Chung Mong-joon, honorary FIFA Vice-President, and Park Ji-sung of Manchester United and participate in several events.

Hiddink has recently been linked with a possible return to Chelsea in the English Premier League after Carlo Ancelotti was sacked last month.

He had a successful five-month stint at the English club two years ago and has been acting as an adviser for Chelsea.