Samsung Electronics chairman Lee Kun-hee stressed the need to beef up the company’s auditing functions in the aftermath of a corruption scandal at a Samsung affiliate that led to the resignation of its chief executive.

“The unblemished image of Samsung’s organizational culture has been marred,” the Samsung Group owner said.

Lee expressed extreme disapproval over the unspecified act of infringement, according to Kim Soon-taek, head of the corporate strategy office who directly reports to the chairman. 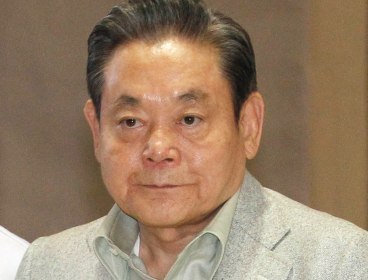 Lee Kun-hee (Yonhap News)
Lee said the auditing unit, currently under the group’s corporate strategy office, should be completely separated from the rest of the company.

He also said auditors should be promoted to higher-level positions, while higher-caliber personnel were needed in the auditing team.

The Samsung chairman questioned the current auditing standards as well, saying they must have been inefficient in monitoring the Samsung affiliates.

Oh Chang-suk, the chief executive officer of Samsung Techwin, recently stepped down over a corruption scandal at the affiliate.

Samsung said Oh was not directly involved, but stepped down to take responsibility over the irregularities as chief of his organization.

The unspecified irregularities at Samsung Techwin were uncovered during a two-month audit conducted by Samsung Group’s auditing team in March this year.

Lee cited instances of global companies like Samsung that were forced out of markets due to internal corruption and complacency to stress that the South Korean company would be no exception.

“All members of the group must realize the magnitude of problems that could arise should they commit fraud,” the Samsung chairman said.

But despite Lee’s fury, Samsung denied there would be a major-scale reshuffling within the auditing team involving the sacking of the team leader or on a group-level.

In 2009, Samsung Techwin was investigated by the prosecution over the K-9, an indigenously-developed howitzer.

The company, which signed on with the Defense Ministry in 2002 to manufacture the artillery guns, had previously exported them to Turkey.

Despite excelling in terms of mobility and battle-field survivability, the guns faced much criticism for occasional malfunctions.

Some of the K-9 guns had not functioned properly during the attack on Yeonpyeong Island in November last year.

Samsung officials said the latest scandal did not involve the K-9 howitzers.

“It seems clear that the issue was quite grave considering that the CEO was forced out,” said one industry watcher, declining to be identified.