The Love Garden Art Society will hold the 5th Annual Love Garden Charity Art Festival at the Samsung COEX center, in an effort to culturally enrich the lives of multicultural youths. 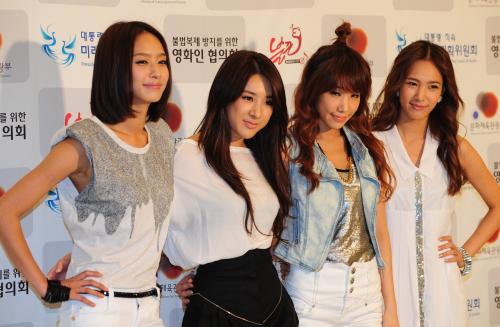 Jewelry
Comedian Seo Kyung-suk, pop group Jewelry, who released their latest album in January, and vocal group December, will be performing along with others at the festival.

Performers agreed to donate all their performance fees to those in need, on top of the proceeds from ticket sales to the festival. Tickets start from 50,000 won ($43).

The festival, first held in 2007, has been donating the proceeds to North Korean refugees, and multicultural families.

Kim Sun-ae, president of the society, who has been a firm supporter of young defector and multicultural teens, started the festival to move away from purely monetary support for North Korean refugees, who are also invited to the concert.

Around 70 North Korean defector teens are expected to watch the performance.

“We started this event to alleviate the social and cultural estrangement that multicultural and North Korean defector teens feel,” said Kim

“As the young watch the performance, I hope they can shake off their feelings of alienation and realize that we are all one.”

The festival will also feature a magic show, a martial arts demonstration and a performance by Drum Cat, a world renowned all-female percussion group. Actor Lee Jang-woo and reporter Sun Woo are also to sing, after becoming famous for their vocal abilities on a TV show.