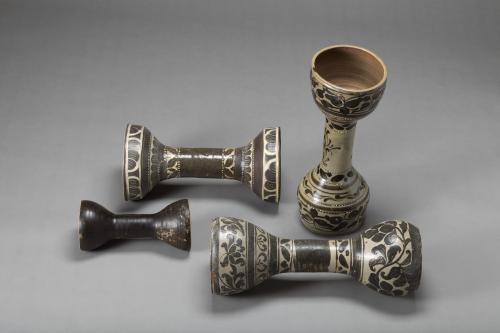 Pottery used as percussion instruments during the Goryeo Dynastry. (National Museum of Korea) 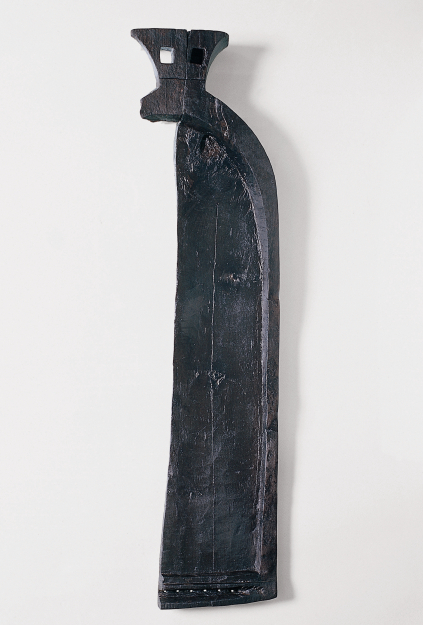 A part of Korea’s “first” string instrument, believed to be from the first century B.C. (National Museum of Korea)
“To the Korean people, musical instruments have been an important medium that complete the atmosphere of events. The major force, making our hearts beat, can be traced back to our music,” said Kim Young-na, director-general of the National Museum of Korea.

“It will be a rare opportunity to see valuable geomungo (six-stringed Korean zither), the most ancient score in Korea and jangakwon (board of music in Joseon era) and its artists,” she said.

The special exhibition showcases more than 200 items, on loan from 30 museums and many families. 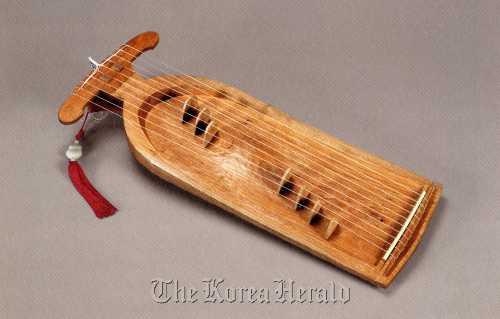 “Koreans believed that sounds from a stringed musical instrument like geomungo made human minds upright. That’s why scholars of the Joseon Dynasty hardly put down geomungo from their knees,” Park said.

“Takyeonggeum,” or geomungo used by scholar Kim Il-son in 1490 and stored at the National Museum of Daegu, will be shown to the public for the first time, he said.

During the exhibition period, members of the National Gugak Center will hold small concerts with traditional musical instruments every Wednesday at 7 p.m. and Saturday at 2 p.m.