[ The Korea Herald – Send E-mail ]
In Mexico City, author Daniel Hernandez finds a complex culture
By 김후란
Published : May 6, 2011 - 18:27
Updated : May 6, 2011 - 18:27
LOS ANGELES ― Shortly before Daniel Hernandez moved from Los Angeles to Mexico to write a book about its roiling capital, a friend gave him an order. “I don’t want to see you back from Mexico City until it’s physically altered you, until you are different,” Hernandez was told.

The Western Hemisphere’s largest metropolitan area, with about 22 million people, has its existential challenges: toxic air, epic traffic jams, “express” kidnappings. But it also can bestow transformative benefits on those willing to dive headfirst into its urban mosh pit. 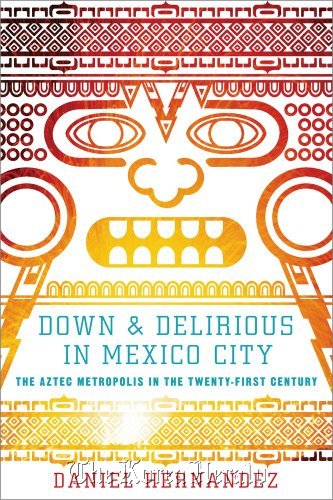 “I think as a journalist Mexico City pushed my barometer of crazy in my life,” said Hernandez, 30, a former Los Angeles Times and L.A. Weekly staff writer. “But of course sometimes it’s overwhelming and you think you’re going to pass out, you need a limonada. You need a run out of town.”

Hernandez strives to capture that craziness with a combination of memoir, bildungsroman and an impressionistic essay-album of edgy young lives in a city that often feels perched on the precipice of chaos. Some reviewers have invoked Jack Kerouac and Bret Easton Ellis in characterizing Hernandez’s first-person immersion in Mexico City’s louche atmospherics. Matt Sledge of the Huffington Post wrote that “Hernandez’s book tells the stories that we should know, if for no other reason than American culture is increasingly Mexican culture, as his journey makes clear.” 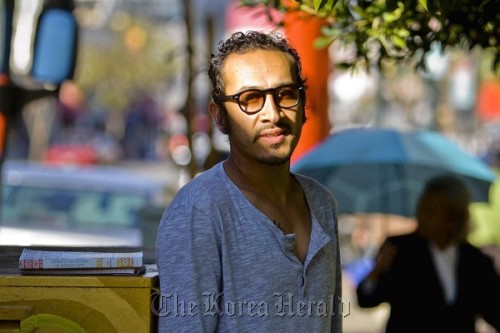 Author Daniel Hernandez. (Ricardo DeAratanha/Los Angeles Times)
That journey, of course, is the reverse of one that thousands of Mexicans attempt every year.

“The irony is not lost on me,” writes Hernandez. “While millions of Mexicans are migrating northward, I go south. It is an act of rebellion. My parents, who left Tijuana and settled in San Diego in 1976, shake their heads in disapproval.”

Growing up as a bilingual, bicultural U.S. citizen, Hernandez often heard horror stories about Mexico City’s crime, smog and corruption. But rather than dissuade him, they aroused a desire to get to know this off-limits part of his cultural heritage.

What he found, upon arriving, was a cosmopolitan, multilayered city (pre-Columbian, colonial and modern) with a complex web of youth subcultures: emos, “anarco-punks,” Condesa scenesters, rich trendy fresas from Polanco.

“I just kind of went deeper and deeper,” Hernandez said. “I was adopting certain aspects of the subcultures. I realized I had to not judge anyone’s music or their style or their fashions but (ask) why had they adopted it, and to pinpoint what I see as the contradictions.”

Ruben Martinez, an English professor at Loyola Marymount University, said that countless young Mexican Americans have made the reverse-odyssey to their ancestral homeland over the decades, but few have written about it in long form with Hernandez’s insightfulness. “Daniel is saying that the borders have to be crossed on all levels, including the self,” said Martinez, author of “The Other Side: Notes From the New L.A., Mexico City, and Beyond.”

The haunts Hernandez describes in “Down & Delirious” are far from the places most tourists see. He hangs out with graying Marxists at the weekly El Chopo open-air swap meet and parties till sunrise with coked-up chilango teens and twentysomethings in the bohemian Roma neighborhood. He canvases fashion shows, gets swept up in a surging mob at a soccer match and flees an Aztec temazcal (sweat lodge), “gasping for oxygen” and deeply skeptical of whether ancient rituals can act as curatives for the ills of modern life.

In surreal detail, he recounts pilgrimages to the worship halls of Mexico City’s dueling spiritual icons: the beloved Virgin of Guadalupe, the country’s church-sanctioned protector since she allegedly appeared to the peasant Juan Diego in 1531, and the fearsome, skeletal Santa Muerte, “Saint Death,” the unofficial patron of prostitutes, crime lords and cab drivers working the graveyard shift.

Some episodes in “Down & Delirious” will ring familiar to readers of Hernandez’s blog, Intersections, which has a following on both sides of the border, particularly among readers 30 and younger. (Disclosure: Hernandez and I have been casual acquaintances for many years.)

Just out of University of California, Berkeley, where he studied English literature, Hernandez first visited Mexico City in 2002 and stayed 10 weeks with relatives, an experience that “recalibrated” his life. Then in 2006, he was assigned by the L.A. Weekly to write a piece about Mexico’s upcoming presidential election, which led to the contract for “Down & Delirious.”

Laurie Ochoa, the former L.A. Weekly editor who assigned the initial story, said that while “Down & Delirious” touches on Mexican politics and hot-button issues like immigration, its greater achievement is to personalize the phenomenon of second- and third-generation Mexican Americans reconnecting with their cultural roots.