“I competed in an official contest for the first time in 13 months. Although I did not show 100 percent of what I had accomplished in training, I did my best,” Kim said upon her arrival at Incheon International Airport. 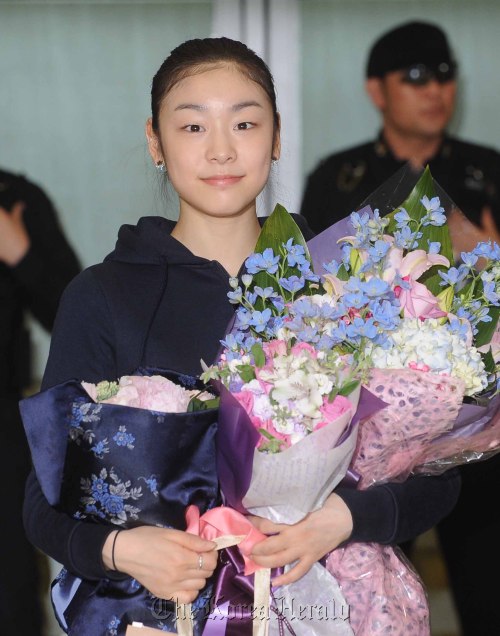 The 20-year-old unveiled her new short program to the ballet “Giselle” and her free skating routine to a compilation of traditional Korean music called “Homage to Korea,” earning 128.59 points in the latter for 194.50 points overall.

“I am grateful that many people liked my new program and praised it. Though I still feel some unfulfilled desire, it was a satisfactory competition” overall, Kim added.

Kim will spend the next few days treating her ankle and will perform in a three-day ice show in Seoul that runs through Friday. (Yonhap News)