NEW YORK ― When pianist Joyce Yang was asked last minute to replace a sick Lang Lang three months ago, she had to decide whether she could stay up for more than two days ― the time needed for a flight to Buffalo, a rehearsal and the concert.

“I knew how difficult it would be. And the scariest part was that I hadn’t played Rachmaninoff for more than 10 months,” Yang told The Korea Herald during a phone interview. 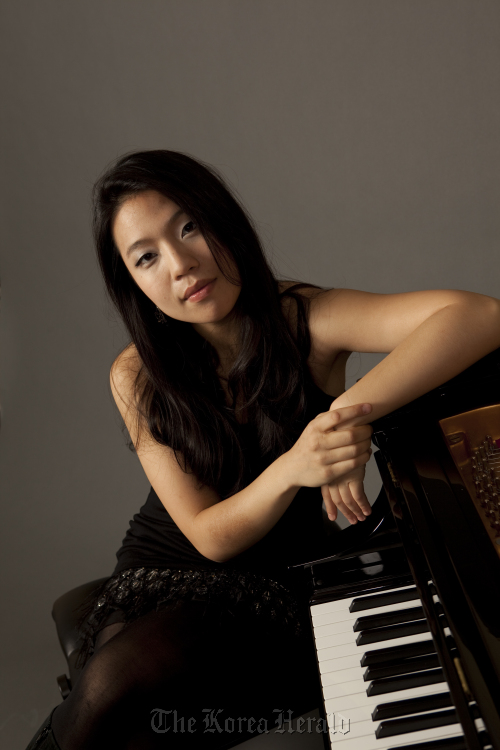 Pianist Joyce Yang. (The Juilliard School)
“But I trusted my gut feelings. I was mentally, physically and emotionally ready.”

The result was a success.

The Buffalo News headline said “Yang is the real deal,” after her performance of Rachmaninoff’s second piano concerto with the Buffalo Philharmonic.

Now, she is getting ready for her recital debut on Thursday at Alice Tully Hall at Lincoln Center in New York, where she is also to be awarded the Juilliard School’s Petschek Piano Debut Recital Award.

The school, Yang’s alma mater, annually chooses several artists among current or alumni for a private audition, and picks a winner to help launch the career as a young artist.

“There were five finalists and I knew all of them so well. They are very best pianists. I wished for the best but didn’t know I would actually win,” Yang said.

By playing the parody of Scarlatti sonatas, she can give “new life to both pieces,” she said.

The second part of the program will begin with Chopin’s transcription.

“It will be a little bit of dream segment, a bridge into fantasy,” she said.

Then, she’ll continue to play Schumann, her favorite composer.

Born in Seoul in 1986, she moved to the United States in 1997 to study at Juilliard’s Pre-College Division. She received her bachelor of music degree from Juilliard’s College Division and graduated with special honor last year, as the recipient of the Arthur Rubinstein Prize.

Yang gained international attention when she won the silver medal at the Van Cliburn International Piano Competition in 2005.

Last year, she was honored with the prestigious Avery Fisher Career Grant.

Joyce Yang’s Alice Tully Hall debut recital will be held on May 5 at 8 p.m. Tickets range from $15 to $30 and half-price tickets are available for students and seniors. For more information, call (212) 769-7406 or visit www.juilliard.edu.