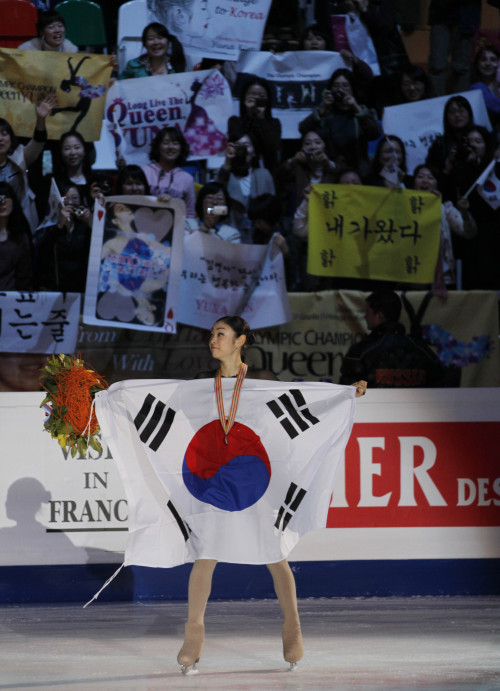 Kim Yu-na carries the national flag after performing her free-skate program. (Yonhap News)
All That Sports, the management company for the reigning Olympic gold medalist, said that Kim has decided to use her silver prize money of $27,000 earned from the Moscow championship to support Japanese children affected by the disaster.

The donation will be made through UNICEF, as Kim has been serving as a goodwill ambassador for the U.N. organization, the company said.

Kim finished second with 194.50 points at the world championships at Megasport Arena in Moscow after disappointing performances in the free skate. Miki Ando of Japan took the championship with 195.79 points. Carolina Kostner of Italy came in third at 184.68.