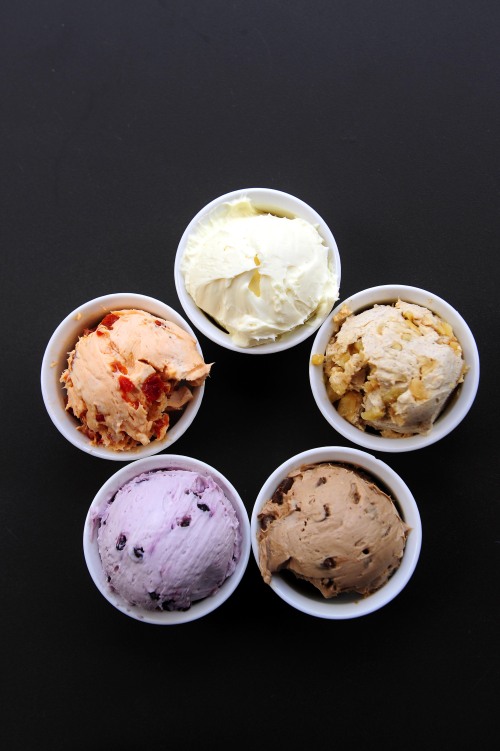 At La Fromagerie, the egg scramble sandwich is above and beyond. Never mind the pillowed hunks of house-made bread it comes cradled in. It is the bits of melted blue cheese the diner stumbles upon with each fluffy bite that makes the experience worth repeating.

Run by two sisters who love cheese, the new shop specializes in cuisine that derives inspiration from the dairy delicacy. Sandwiches are the mainstay of the menu and come decked with slices of everything from Brie to Provolone. 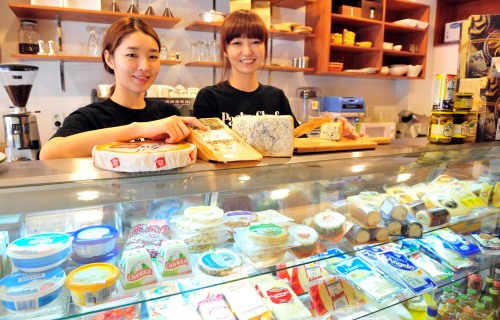 La Fromagerie
Owner-chef Park Sun-young, the younger of the two, puts her schooling at Le Cordon Bleu-Sookmyung to work and makes the bread herself, while older sister Park Mi-kyoung executes the buttery, cheese-riddled scramble.

Although they sell around 30 varieties of cheese, the Park sisters also make their own ricotta, which they serve up as a salad or as the extra oomph to a summery mix of cold orecchiette pasta, parsley and tomatoes.

“We make it once every two days in small amounts,” said Park Mi-kyoung.

Having opened a mere two months ago, it looks like the Parks are still finding their footing. There is a surprising absence of desserts on the menu, where ricotta, which pairs well with honey, could become a star item.

The space, which is tiled in yellow on the outside, and done up sparse in black and brown on the inside, is charming, as are the owners and their fare.

Like the Parks, the people at SunRich Cheese Cafe demonstrate an unfailing passion for fromage. 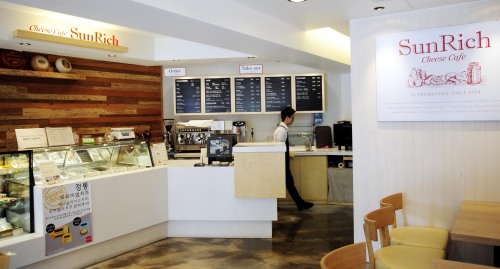 Last December, SunRich opened their first shop. Plans are to open a second in May.

The primary draw of the cheese cafe is its eclectic array of flavored cream cheese, first done-up plain at the brand’s factory in Icheon, Gyeonggi Province, before being embellished 11 different ways with fruit, chocolate and seasonings later.

H&H Bagels imported from New York go great with their spreads. For instance, the garlic and chive partners well with the liberally garnished and poppy seed-encrusted “everything” bagel.

Apple cinnamon cries for a graham cracker to be put on and blueberry for a raisin bagel. Chocolate represents something of a challenge, while yoghurt surprises with its potential wheat cracker compatibility.

None of the cheeses harbor a salty tang and therefore taste incredibly creamy and fresh.

“In Asia, there is still little preference for salty cheese,” said team manager Lee Jung-mun. “Hence, our cream cheese is not salty.”

Lee revealed that they will be expanding their menu to include sandwiches and a cheese bingsu (shaved ice treat) in early May.

“The cheese bingsu will be made with cream cheese and condensed milk,” he elaborated. “Pearls of mozzarella, fruit and slices of Brie and Emmental will also be included.”

It will be interesting to see if patrons go gaga for the bingsu or dismiss it as a quirky novelty.

La Fromagerie Located near Garosugil, opening hours are from 11:30 a.m. to 9 p.m. The shop is closed every first and third Sunday of the month.