The “Plain Packaging” law proposed by the Australian government on April 7 calls for tobacco products to be packaged in plain wrappings without logos or trademarks. 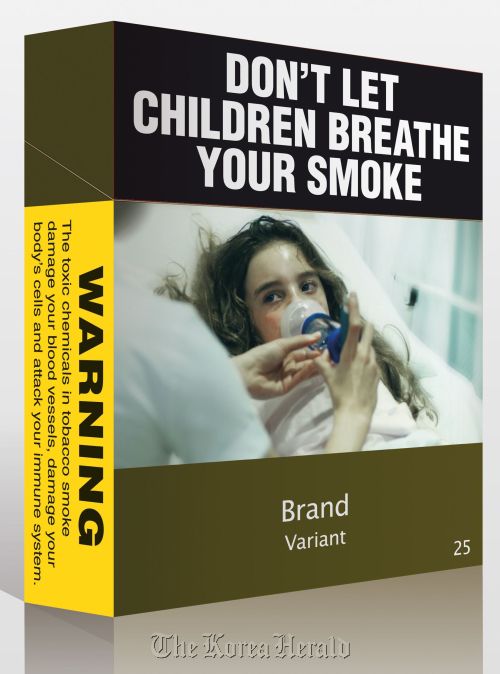 The new compulsory cigarette packet is plastered with health warnings. (AFP-Yonhap News)
The decision is aimed at making tobacco products less appealing, and trade organizations here including the European Union Chamber of Commerce in Korea, Korea Trademark Association and the Korea Tobacco Growers Cooperative Association have raised concern that the law could damage the tobacco industry.

On Thursday, the EUCCK released a statement expressing concerns that Australia’s new law could infringe upon brand owners rights.

“Whilst remaining neutral on the underlying objectives of such legislation, we urge dialogue with all stakeholders in order to maintain the key rights of brand owners to use their registered trademarks worldwide,” the EUCCK’s statement said, saying that the organization was in agreement with international IP organizations and legal experts the issue.

“The Korea Trademark Association expresses its deep concern over the Australian government’s policy which it believes can lead to excessive infringements of intellectual properties,” the KOTA said in a statement. The organization added that the use of trademarks was “the most fundamental factor in commercial business that enable consumers to recognize product,” and that Australian government’s decision was violating “many international agreements and treaties which Australia has joined as a binding member to establish order and protect intellectual properties in international trade.”