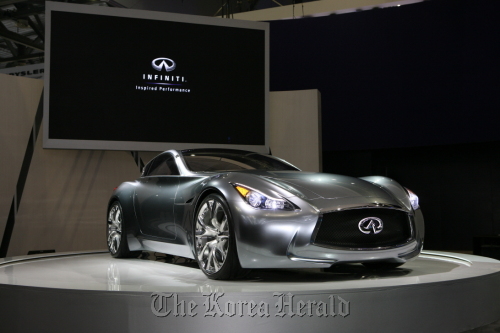 Infiniti Essence
The vehicle is currently on display at Infiniti’s showroom in Gangnam District until the end of the month. The Essence will then be displayed at the Seocho-gu showroom until mid May.

The concept car will then be displayed at the company’s showroom in Bundang, Gyeonggi Province until the end of May.

The company said that it will also display a sculpture of the vehicle, which is being put up as the prize for the visitor who guesses the combination for the lock of the case the sculpture is displayed in.