Waves break elegantly on rocks ias a cool breeze brings the sounds and smells of nature. Standing on a shaped boulder in front of the ocean, watching a beautiful sunset, there is a tranquility that belies the islands reputation.

Welcome to Baengnyeong Island ― one of the world’s most heavily militarized islands.

The first thing that strikes one about Baengnyeong Island is probably the tension between North and South Korea, not its picturesque landscape and beautiful beaches.

Located near the NLL, the sea border between the Koreas in the West Sea, it is the island closest to the North. Even with the naked eye, on a clear day, you should be able to see the communist country.

Because of the location and its unique nature, the island used to be a popular tourist spot. It recorded 96,000 visitors in 2009.

However, it saw a 30 percent decrease in the number of visitors after a Navy warship was sunk in March last year about 1.8 kilometers from the island, killing 46 sailors ― Pyongyang was blamed but denied involvement.

On April 8, just days after the one-year anniversary of the sinking of the frigate Cheonan, a group of journalists visited the island to check the situation.

The atmosphere has cooled since the New Year, though the tourism industry still shows no signs of recovery.

At the Yonggipo port, where hundreds flocked daily before the Cheonan incident, there were just two dozen tourists.

“Our tour industry sank with the Cheonan vessel,” said tour guide Kim Eung-kyun with a sigh.

Kim, 50, who runs a travel agency on the island, claimed that he used to have three to four tour groups every week. But the number is now down to almost zero.

“Some people say coming here is a risky trip, which I totally don’t understand. I’ve lived my entire life on this island. But I’ve never felt uneasy about North Korea,” Kim added.

He is right. Once you step onto the island you will forget all the fuss and furor about North Korea, and the “dear leader.”

The island is home to dozens of different natural surroundings. You’ll soon thank Mother Nature for this gift of an island.

Our first stop was Sagot Beach. Adjacent to the Yonggipo port, the 3.2km- long strip sand beach is said to be the world’s only natural airfield. In fact, it was once used as a military airfield during the Korean War. The size is vast and the sand is so hard that even a vehicle running at full speed does not leave a trace.

Dumujin is also one of the must-sees in Baengnyeong Island. Located on the western edge of the island, the seashore consists of rocks jutting towards the sky. Looking at this majestic landscape of mysteriously shaped rocks, you might feel you are in a different world. You can also get up-close by taking a cruise tour from the Domujin port. 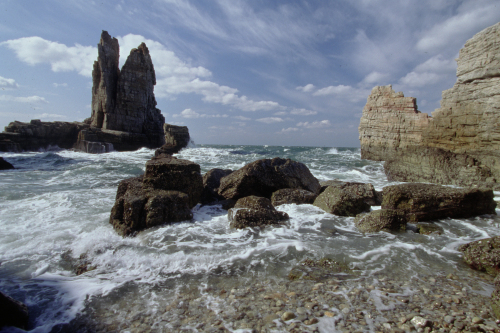 Dumujin, which consists of rocks jutting towards the sky, is one of the must-sees in Baengnyeong Island. (Ongin County)
To the southwest, you can see a 2-km long Condol Beach covered with small, round pebbles. Listening to the sound of waves washing over the pebbles is a joy for visitors, as is walking barefoot over the pebbles.

Looking for more nature? Try to visit Jincho-ri, where you can find the habitat of seals. It is said that about 300 seals live here. On a sunny day, you might be able to observe seals sunbathing on the rocks.

Baengnyeong Island is also the stage of the Simcheong-ga, the traditional folk tale about a daughter whose piety restores her father’s sight. If you want to know more about the story, visit the Simcheonggak Pavilion. You can find references, books and movie scripts. And from there, you can also overlook Indangsu where Simcheong jumped into the sea to return sight to her blind father. 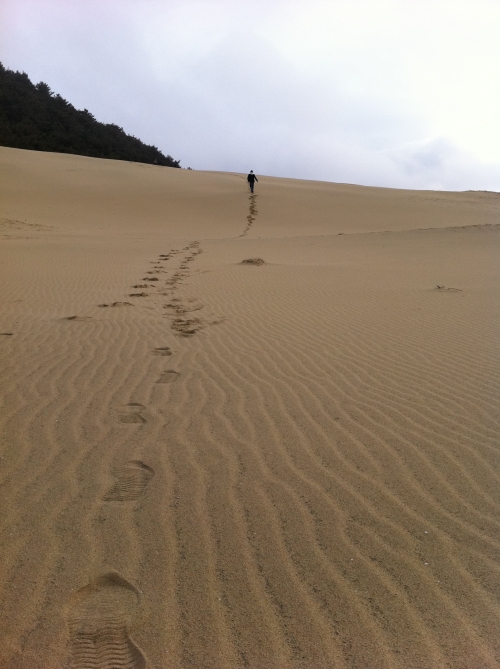 The defining feature on Daecheong Island is its landscape ― wherever you look it is picturesque. Sand beaches wrap around the island and hills pierce every horizon, culminating in the 300-meter-high Mount Samgak peak. 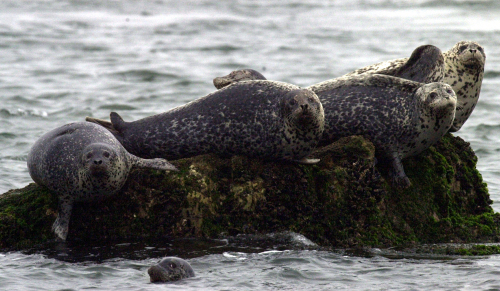 Seals enjoy sunbathing on the shores of Baengnyeong Island. (Ongin County)
Satandong Beach is well known for its beautiful scenery. It has thick black pine forests, fine sandy beach and blue sea, which creates an exotic atmosphere and makes it the best resort for families.

Jiduri Beach is also a popular spot. The hills on each side of the beach blocks crisp breeze and strong winds to create a cozy atmosphere.

Alongside picture-perfect beaches and soaring pine trees, you’ll also find unique attraction, the Sand Desert. Strolling along the 2-km-long dune, which has been created by the blowing wind over a long period, you might feel as if you were crossing a mini Sahara Desert.

While on Daecheong Island, pick mussels from the beaches, where they are plentiful and absolutely delicious.

How to get there

Baengnyeong Island sits about 220 kilometers off the northern tip of Incheon, a four-hour trip from Incheon International Port. Ferries depart three times a day at 8:00 a.m., 8:50 a.m. and 1:00 p.m. The single fare for adults is 57,400 won from Incheon to Baengnyeong Island. But Ongjin County currently offers a 50 percent discount in order to attract more visitors. For more information, visit www.tour.ongjin.go.kr or call at (032) 899-2210.

For residents of Baengnyeong Island, getting on a boat is akin to getting on a bus. But if you’ve never been on board before, bear in mind that the four-hour trip can be uncomfortable, and one might get seasick. Moreover, the ferries are sometimes canceled at the last minute due to inclement weather.

The good news though, is that Ongjin County is planning to launch 3,000-ton passenger ships that can carry more people regardless of the weather.

“Our main priority is now to revive the local tourism industry. It’s vital to the area,” said Hong Jung-soo, an official from the Ongjin County.

He added that the local government is also working hard to erase the memories of the North Korean attacks.

“It’ll take some time. But I believe people will eventually forget the past, and they’ll come here,” Hong added. He is probably right. Our world is not a quiet and peaceful place anyway. So why not take a little time-off on Baengnyeong?