There was definitely something “Gold Missy” about her, just like her usual image on TV.

Her elaborate dress ― yellow leather jacket, long, chocolate-colored skirt with floral print, with matching fedora and long pearl necklaces ― along with her high-toned singing voice and confident manner all fit the typical image of a Gold Miss, the Korean version of North America’s SWANS (Strong Women Achievers, No Spouse).

“Gold Misses should be ‘luxe’ but I am not that ‘luxe’. But I am really grateful to all for having given me the image of a Gold Miss. They are always at the center of attention, they have a successful career ... I guess people see me that way because I am a working actress and I appear in good works by wonderful directors, which could be like living in a dream,” the 38-year-old actress told The Korea Herald last week.

Ye, best known for her roles as a Gold Miss in KBS2TV sitcom “Old Miss Diary,” and SBS entertainment show “Here Comes Gold Miss,” will make a comeback to the small-stage theater after a decade with the play “Midsummer” this month. The last time she had appeared on stage was in 2001, with “The Vagina Monologues” and “Rocky Horror Show.”

Because of her comical, extremely jolly and even lightheaded image on TV, and films featuring her constantly using the word “love” and singing French chansons, not many would have imagined her roots to be in small theaters. She was one of the youngest members of the theater company “Sungjwa” for about a year and a half in the early 1990s, years before she debuted as an actress. Ye ran around Daehangno putting up posters, and sometimes got to take minor roles on stage.

“Perhaps my dreams back then have finally come true. At that time, I was just filled with a vague anticipation, longing and dreams. What I loved the most was the smell of the stage. I used to take a deep breath every time I entered the theater, hoping to take all of it in. I think I will probably do the same thing when I go up onto the stage at the Seoul Arts Center. I think I might cry,” said Ye.

The two-person play “Midsummer” is written and directed by David Greig, an established British scriptwriter/director. The story centers around a one night stand between Helena, a successful divorce lawyer, and Bob, a gang member. The original version premiered at the Traverse Theater in Edinburgh in 2008 and was favorably reviewed by critics and play-goers. The Korean version is directed by Yang Jeong-woong and veteran musical stars Suh Beom-seok and Lee Seok-jun share the role as Bob.

OD Musical Company, one of the nation’s major musical companies, is holding the show to celebrate its 10th anniversary. Over 4,000 staff, actors and actresses worked with the company and made 75 musicals so far, which won 28 major musical awards. After “Midsummer,” the company will present two more two-person plays ― “The Story of My Life” and “The Blue Room” ― as part of the anniversary series. 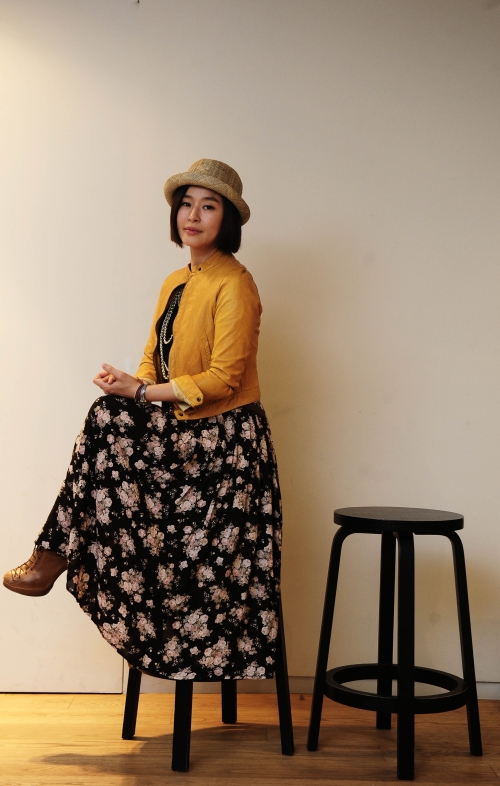 Ye Ji-won (Park Hae-mook/The Korea Herald)
In “Midsummer,” Ye is once again up for the role as a Gold Miss.

“Helena seems perfect from the outside ― she has wealth, fame and everything. But she is actually very fragile and insecure inside. Being a workaholic is her way of protecting herself from possible wounds. I felt very close to the character; it was like me, my colleagues and everyone,” said Ye.

Ye learned how to play the guitar for this show which is defined as “a play with songs” and not “musical” although it features 12 songs during its running time of 100 minutes. The difference is that, in musicals, characters speak through their songs; but in this show, the characters sing songs as if they are simply singing pop songs, according to the Korean director.

“I played the role of a hanji (Korean traditional paper) artist in the movie ‘Hanji,’ and my grasping power got stronger. So I was thinking about learning a musical instrument anyway, and chose guitar for this show. It was also because I figured that I would look smart and great on stage if I get to play it really well. But after some actual training, I realized how hard it is. I respect all guitar players, I really do,” said Ye, giggling.

She sings, too, but as if she is “reciting a poem.” She cannot sing that well and that is the only thing that keeps her, though she majored in dance in high school, from turning into a full-time musical actress．

“I love musicals. I have more musical actress friends than just actress friends. But listening to their stories, I got afraid. Singing comes first in musicals. I was really surprised to hear the powerful voices of my co-actors for this play. It is not something that can be achieved in a day,” said Ye.

Despite her shortcomings, she is definitely having a good year. She got to work with director Im Gwon-taek, who she had dreamed of working with, for “Hanji,” and is known to be receiving many offers from soon-to-air TV sitcoms. “Midsummer,” however, is not any less fateful or important to her, she said.

“There was a moment I felt that I was going to explode inside. I could not control myself and that was when I found this play. Every line in the play resonates through the heart. Some will laugh and some will cry after seeing the show. This play will offer more than you could imagine,” said Ye.

“Midsummer” will run from April 29 to June 12 at Seoul Arts Center in Seocho-dong, southern Seoul. For more information, call 1588-5212 or visit www.od10years.com.