Hynix developed the 2-gigabit DDR4 DRAM device based on 30-nanometer class process technology, it said in a statement.

The energy-efficient DDR4 DRAM transfers data twice as fast as the existing DDR3 DRAM and works at the industry’s fastest speed of 2,400 megabits per second, Hynix said. 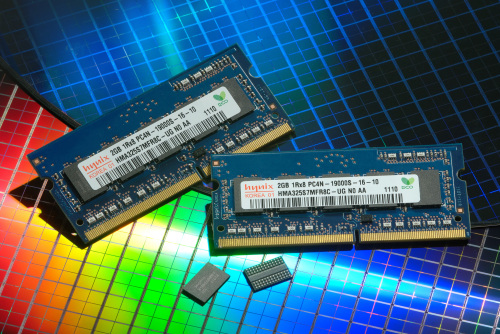 New DRAM chips developed by Hynix Semiconductor. (Hynix)
According to market research firm IHS iSuppli, the DDR4 DRAM is expected to account for more than half of the memory market in 2015, up from about 5 percent in 2013, while the portion of the existing DDR3 DRAM will decline to 49 percent in 2014 after peaking at 71 percent in 2012.

“With this product, Hynix will be able to provide premium solutions to our customers not only in the PC and server, but also in the tablet market,” Kim Ji-bum, the company’s chief marketing officer, said in a statement.