Chey is also scheduled to visit Turkey, where he will seek ways for the group to involve in the country’s upcoming construction and energy projects, they said. 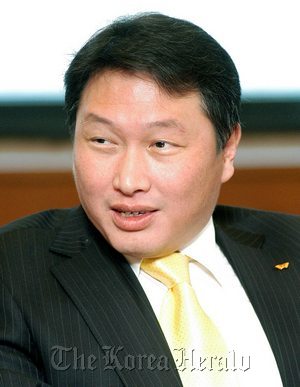 Chey Tae-won
“The chairman has been seeking a win-win model where SK contributes to resource-abundant countries’ economic development by sharing its technologies in energy, chemical, telecommunication and construction, and the latter to help us procure enough resources,” an SK spokesman said.

He added that SK group has in particular been boosting its ties with Saudi Arabia, the world’s largest exporter of crude, since winning the construction order for the $1.9 billion Wasit gas plant in February.

The chairman, who has been stressing the importance of resources cooperation with its foreign partners, also travelled to South America and Australia early this year.

“While boosting the group’s overseas resource development, Chey decided to boost the local economy by investing a record amount of 10 trillion won ($9.8 billion) this year.”