It was with a sense of grim determination that Koo Bon-joon took the helm of LG Electronics last year, tasked with the daunting mission of reviving the former glory days of the floundering electronics-maker.

Koo, as a member of LG’s owner family, was under close scrutiny from market watchers who were naturally suspicious of just how much of a better job he could do compared to his predecessor who was not a Koo. 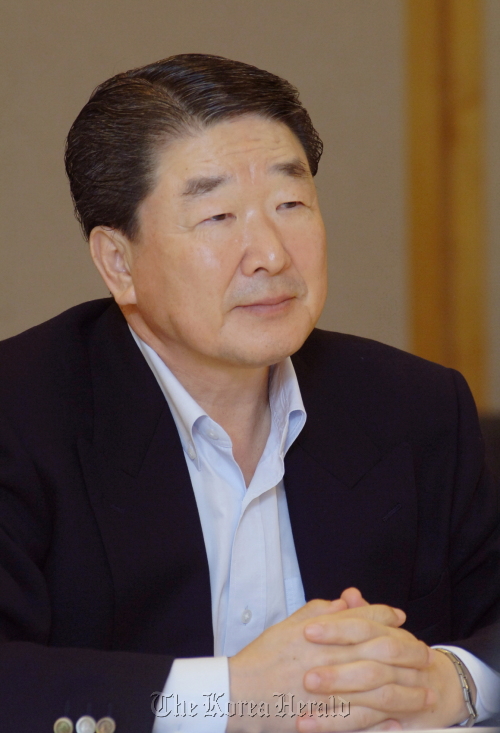 Koo Bon-joon
And so far so good it seems, if surging phone sales and a new lineup of 3-D TVs that is proving stiff competition for Samsung is anything to go by.

“Our forecasts are at around 130 billion won ($115.6 million) of revenue for LG Electronics in the first quarter of this year,” said Park Gang-ho, an analyst at Daishin Securities in Seoul.

The figures were bigger than the modest 50 billion to 100 billion LG predicted for itself.

Park said experts are issuing rosier outlooks because they believe LG’s emphasis on both smart devices and TVs was a smart move.

“LG knows it can’t afford to lose either of the two,” Park said.

The first-quarter profit, if realized, would mark a sharp turnaround from the previous third and fourth quarters when the company had recorded two straight quarters of operating loss.

The blow was the result of a failure to ride the smart wave, industry watchers said.

This year seemed to be different.

First, it has been releasing new lineups of smartphones in a frenzy, including the world’s first dual core smartphone.

On the TV side, LG has been stirring up controversy in the industry for having aroused concerns from Samsung, which publicly shot down its competitor’s new 3-D technology using the film-type patterned retarder.

Hewlett-Packard, the world’s leader in laptops, is reportedly in talks on purchasing the panels manufactured by LG Display using this new technology.

LG Display’s chief executive Kwon Young-soo had also recently hinted that Sony, the world’s No. 3 television-maker, is also interested in such a deal.

But at the core of the anticipated success was not only the edgy new technology, but a close collaboration between LG affiliates who know they are standing at critical crossroads.

“It was crucial timing, the kind of collaboration we experienced, and we need to continue on this path to get out of the rut,” said Chun Myung-woo, a vice president of LG Electronics.

LG Display is supplying the FPR panels for LG Electronics’ 3-D TVs, while LG Chem is providing the films needed for the new technology.

The biggest attraction LG offers consumers is price, as it is thought that its TVs are cheaper than Samsung’s, but with the same quality. LG’s 55-inch 3-D TVs are currently about 1 million won cheaper than those manufactured by Samsung of the same size.

The special eyewear required for 3-D vision is also much lighter using FPR, in contrast to Samsung’s battery-charged glasses.

Samsung, for its part, said it has moved on and will now focus on selling smart TVs.