Attar, who came to Korea on Sunday for a four-day visit, has led the Syrian Arab Red Crescent since 1998 and contributed to a number of humanitarian activities in Syria and abroad. 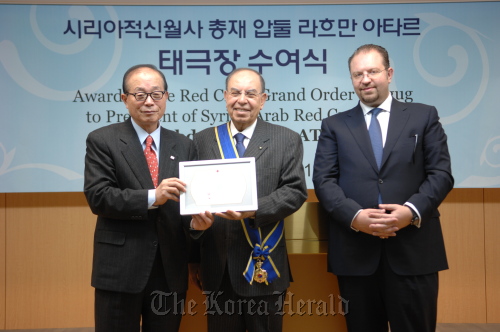 During his stay in Korea, he is scheduled to discuss Korea-Syria Red Cross cooperation on diplomatic, financial and other matters.