The veteran pitcher seems out of form, struggling to adapt to his new circumstances.

The former major leaguer now plays in Japan after signing a one-year deal with the Orix Buffaloes of the Japanese Pacific League.

Park is among the most highly paid players on the team, and is expected to pitch on the team’s season opener against the Softbank Hawks on March 25.

Pitching the opening game has a special meaning for the 37-year-old veteran. It’ll prove that he’s the team’s ace. Park last pitched in an opening game as a starter in 2002 with the Texas Rangers.

Park, however, seems a bit out of his depth at the moment. He looked rusty during the team’s exhibition on Sunday, allowing four runs on five hits, including two homers while pitching six innings. Orix manager Akinobu Okada looked unhappy with Park’s performance. 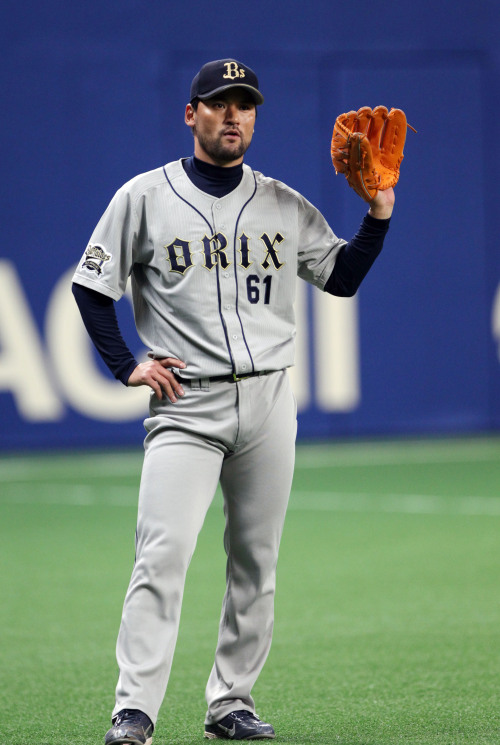 Park Chan-ho has the most wins of any Korean major-league pitcher. (Yonhap News)
The Korean veteran had already disappointed the manager during a spring training game against the Chunichi Dragons earlier this month. Throwing 80 pitches, Park gave up five runs and seven hits over four innings.

“I’m not worried at the moment. I threw the pitches I wanted to throw. There were also some careless pitches,” he told reporters after the game, playing down the criticisms.

But it is now apparent the Korean is finding it hard to regain his pitching prowess in the new environment. During his time in the majors, Park used to pitch up to 155 kph, but the fastest ball he threw on Sunday was just over 145 kph.

Another problem is that Park is still having trouble with his set position. Pitchers are restricted to a certain set of motions before and during a pitch. But the Japanese rules are slightly different from the major leagues. Park was called for three balks in the last two games, proving that he is still confused over the different balk rules.

The former Los Angeles Dodgers star acknowledged earlier that he had a lot to learn as he prepares to relaunch his career.

“I will do my best as if I were a rookie, just like I did when I first stepped into the MLB in 1994,” Park said at a press conference in Seoul earlier.