Kwon Young-soo made the remark amid its on-going battle with Samsung Electronics Co. to win the 3-D TV industry standard. LG Display developed the proprietary film patterned retarder (FPR) technology this year, claiming its edge over Samsung, while Samsung has been pushing its active shutter glass technology for its 3-D TVs and denounced LG’s technology. 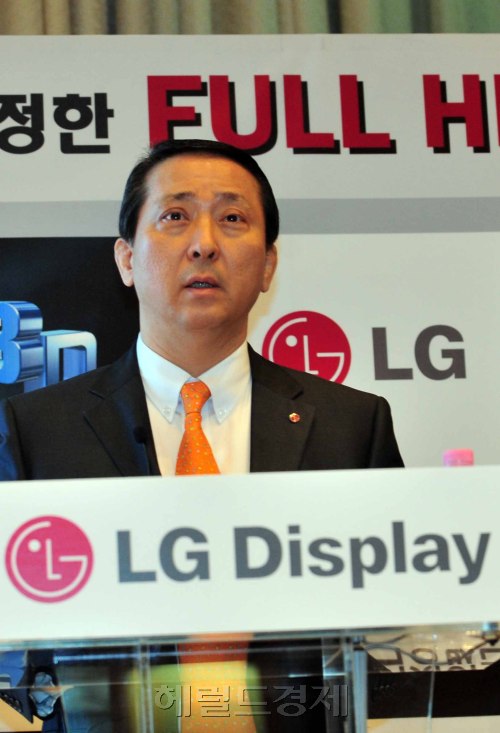 Kwon Young-soo
“As Sony is one of our clients, we have explained our product and the company is taking it into consideration,” Kwon told reporters after a press meeting to promote its FPR technology in response to Samsung’s similar event two days ago.

Sony is the world’s third-largest TV maker after Samsung and LG. Its adoption of the FPR technology for the 3-D TV is expected to give a big boost to LG, which lags behind Samsung in the fledgling 3-D TV market.