Suspicions of an espionage scheme are snowballing as at least three former South Korean diplomats are believed to have leaked confidential government information to a Chinese woman they had affairs with in Shanghai.

The data thought to be leaked to the Chinese woman surnamed Deng includes visa records, documents on the Foreign Ministry’s personnel affairs and mobile phone numbers of senior Seoul officials and politicians.

A 41-year-old former consular officer in Shanghai resigned last month as the Justice Ministry deepened its inquiry into why he violated rules to issue a tourist visa to Deng when she already held a spouse visa after marrying a Korean man. 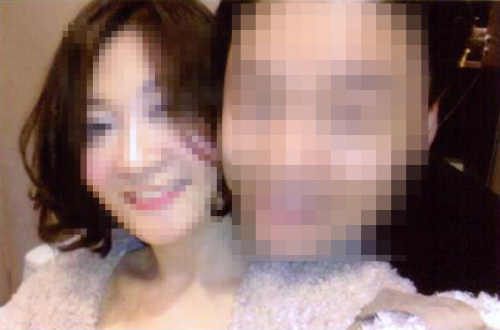 Shown left in this photo is a Chinese woman who allegedly had affairs with South Korean diplomats in Shanghai in a possible espionage scheme. (Yonhap News)
The officer belonging to the Justice Ministry tried to cover up his relationship with Deng during the probe, but quit after intimate photos of the two were found.

Two others who worked at the consulate identified only by their initials K and P were recently questioned by the government over allegations that they leaked confidential data to Deng.

K and P belong to the ministries of foreign affairs and knowledge economy, which are to decide whether to punish them.

While admitting that they had friendly relations with Deng for diplomatic reasons, both men claim they did not have an affair with her and did not leak state secrets.

It was Deng’s husband who found photos of his wife with the diplomats, the consulate’s visa records and mobile phone numbers of consulate officials and some 200 members of President Lee Myung-bak’s election camp in computer files in 2007 and handed them over to the Seoul government.

He also provided photos of an anonymous note sent by a Korean resident to the consulate that said it was difficult to get Korean visas without Deng’s brokering.

On the photographed list of phone numbers from 2007 are the president’s elder brother Rep. Lee Sang-deuk and other incumbent legislators of the ruling Grand National Party as well as Minister of Special Affairs Lee Jae-oh and chairman of the Presidential Commission for Decentralization Lee Bang-ho who played a key role in getting Lee elected.

According to former and incumbent Korean diplomats in Shanghai, Deng had close ties with the city’s top officials and helped the consulate in many ways, but no one knew much about her. A South Korean cosmetics company even signed a contract with Deng as its adviser for the Chinese market.

According to her husband, Deng said she was employed as a civil servant about five years ago.

Kim Jung-ki, former consul-general in Shanghai, suspected that Deng’s husband may have been used by someone trying to entrap Kim.

Three of the photos disclosed by Deng’s husband showed Kim with Deng and the lists of phone numbers belonged to Kim who had served as senior staff member of the Lee Myung-bak camp in 2007.

Kim said the photos were taken when he ran into Deng twice last year as he was attending diplomatic events and that someone seemed to have secretly photographed his card with the contact lists to do him harm.

“It is hard to prove this, but I think an intelligence official who was on bad terms with me is behind all this,” Kim was quoted as saying by Yonhap news agency.